A Trip to Purgatory, part 4 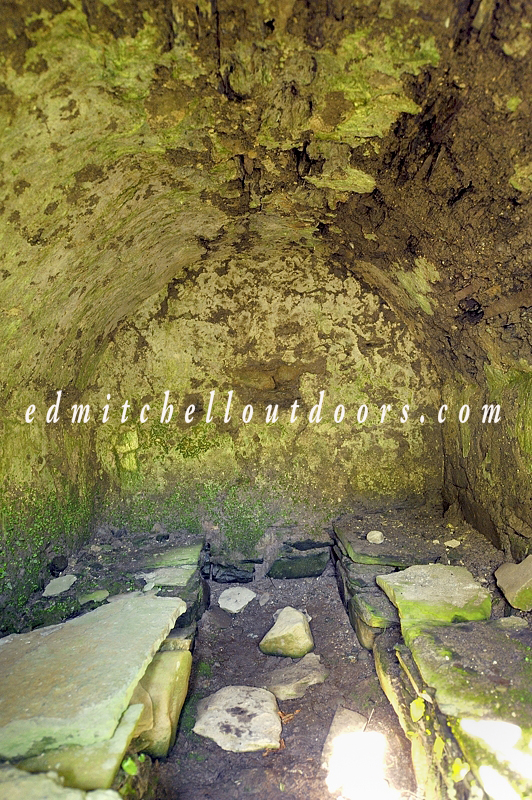 Underground Room at the Church of St. Kilcatherine

What was down there? Hold onto your socks my friend. A small room with two cold, stone beds and a few flat rocks to kneel on. Click on the picture to the right to get a better view.

So who would sleep in a tomb? Good question, and one that haunted me even after my return to the States. Eventually I found an answer in a book on ancient Irish Mythology. On one page there was an old illustration showing man emerging from the ground behind a church. The text explained that when St.Patrick first came to the Emerald Isle, he noticed that pagan priest often spent time in caves as a means of reaching a higher state of consciousness. St.Patrick took this concept and located a special cave for a very special ceremony. The location was Saint’s Island in Lough Derg. and it would become a famous destination for pilgrims.

Now to undergo this ceremony, you first had to petition the bishop for permission. Permission would immediately be denied, as it was deemed too dangerous a request. So you petitioned again and again until the bishop gave in. At that point you were prepared by fasting, and a full day of pray in the church. Then exhausted, you were escorted- likely by candlelight- to the graveyard and placed in the ground. At which point the priest closed the entrance off with rock.

There you spent the night, buried in the graveyard, halfway between the living and the dead. And hey, that was exactly the intention. For that night, you were believed to be in purgatory, atoning for your sins.  In the morning the priest rolled back the stone and, if you were still alive, you walked out free of all sins. Amen….

I’ll venture that in later years this subterranean chamber had additional uses, perhaps as a retreat for monks. Who can tell? But that my friends ends my short, daytime, daylight, visit to purgatory……….(See recent post)

2 Responses to A Trip to Purgatory, part 4