Towing a Kayak with a Bicycle

Back at the ramp this morning, I saw something new to me. A guy had a rig to tow his kayak with a bicycle! Wow. He told me the basic idea was developed by surfers on the west coast. OK. Can’t you see a California surfer chick in a bikini pedalling her way to Laguna Beach? Lordy. 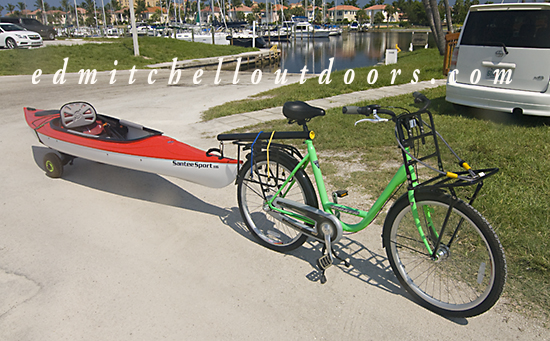 Kayak Towed by a Bicycle

The bike was a brand I had never heard of – Torker. It has a very sturdy frame, wide tires, three speeds, chain guard, and a tow bar that attachs to the seat column. Nothing fancy here, just a strong, nicely constructed utility bike. This thing is going to last eons. And its a tad cheaper than most tow vehicles. HaHa 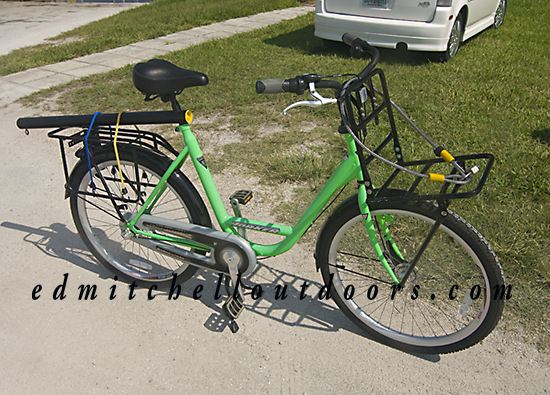 Dig the cargo rack over the front wheel. Strong enough for your Labrador Retriever, a six pack, and a fly rod. Love to try that. Hat on backwards, dog barking, passing cars left and right. Ok, ok, I’m dreaming! By the way the guy that owned this cool rig was older than me. And thats saying something, folks.  I’m an ancient dude!  Here’s another post on towing a kayak with a bike!

This entry was posted in Gear, Kayak / SUP Fishing, On the Road. Bookmark the permalink.

2 Responses to Towing a Kayak with a Bicycle