We linger right now in the dog days of summer, but make no mistake winter will come. And when it does there will be ample reason to park yourself in a fat easychair and read a good book.

If you love the outdoors, let me suggest an author for your winter’s rest. Sigurd F. Olson 1899-1982. Residing most of his years in Ely, Minnesota, Sigurd was an authentic outdoorsman as well as an educated man, a fine writer, and a conservationist. He is the author of 12 books, perhaps the best known being The Singing Wilderness. 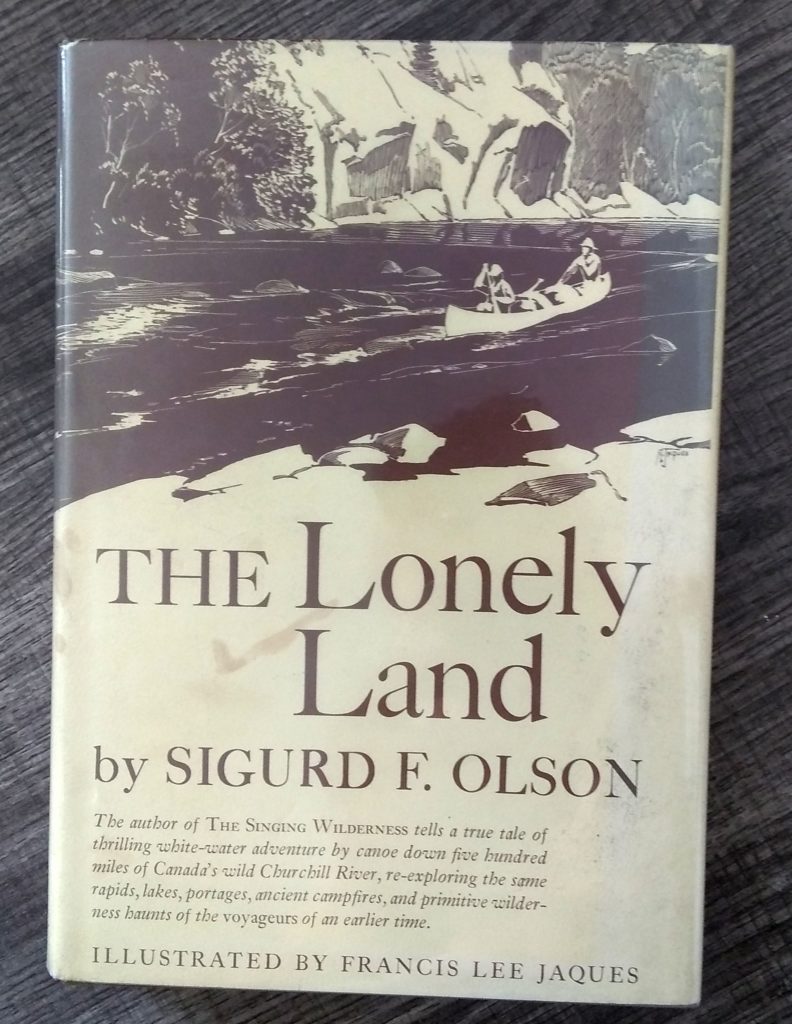 While unpacking boxes after my trip back north, I came across a copy of Sigurd Olson’s The Lonely Land. Written in 1961, this book reports on Sigurd’s 500 mile canoe journey down the remote Churchill River from Hudson Bay to the Mackenzie. If you study the map below you will find the Churchill tucked in the upper right.

Map of the Lonely Land

In 272 pages, Sigurd and crew follow in the footsteps and campfires of the famous  “voyageurs”. The French-Canadian trappers who from approximately 1650 to 1850, wandered the darkest wilds of northern Canada,  often traveling by canoe. They endured great hardship and physical danger, but were relentless explorers, made of the toughest fiber. Sigurd describes them as follows:

“These wiry little men-seldom more than five feet four or five- dressed in breech cloth, moccasins and leather leggings reaching to thighs, a belted shirt with its inevitable colored pouch for tobacco and a pipe, topped off with a red cap and feather. They were a breed apart. From dawn until dark they paddled their great canoes and packed enormous loads facing storms, wild uncharted rivers, hostile Indians and ruthless rivals with a joy and abandon that possibly has never been equaled in man’s conquest and exploration of a new country.”

This entry was posted in Outdoor Writing. Bookmark the permalink.