Things are underway and the first step is power-washing off the years of dirt and grime. Believe there is a shit load of it. Black water was gushing out the scuppers and the bilge. But minute by minute the boat began to reemerge.

Man this is a big project. Still I have no doubt my son has the focus and skill to do it. And I bet it is going to look and run great. Even so, this vintage Aquasport is unlikely to see the drink for at least a year. Yeah it is going require a lot of sweat equity. 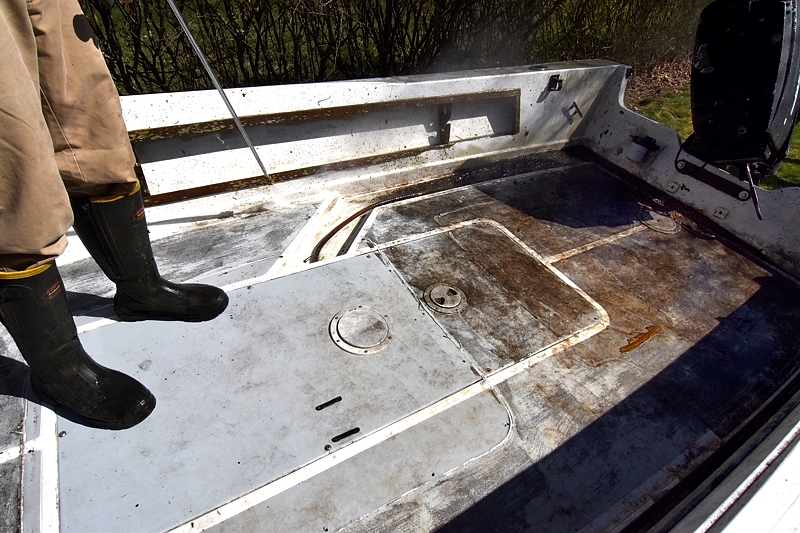 Don’t expect me to post steadily on this rescue, but I will return to the project as important things develop.  If you’re a card carrying member of the Aquasport fan club, and I know there are plenty of you out there, I’m sure you’ll want to see how the structural issues are handled.  The deck, the transom, come to mind. And I think my son is apt to make some modifications to the original design. So check back now and then. 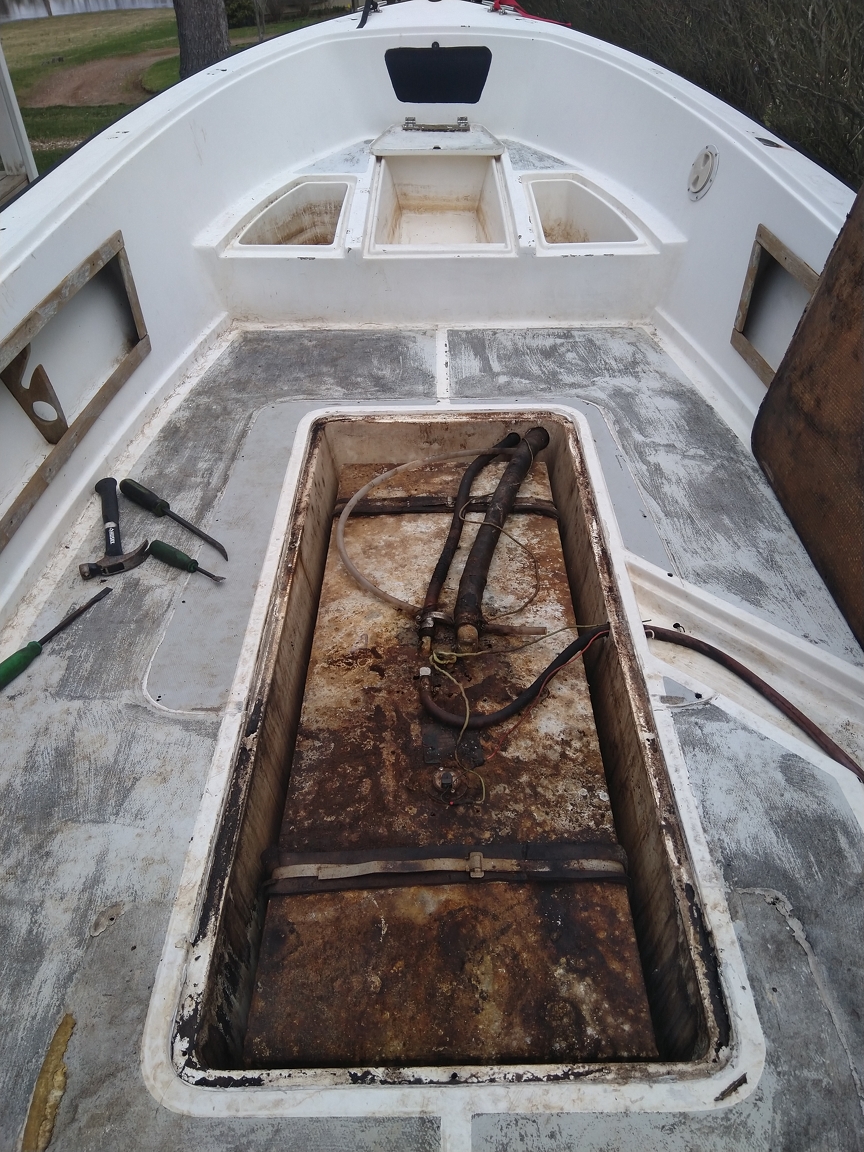