Yesterday was only the second time I’ve ever seen this great little mackerel in Long Island Sound. Last year was the first and they are back again this fall. Chub mackerel (Scomber japonicus) are better known to the north in Nova Scotia and the Gulf of St. Lawrence, but even there they are not well documented. 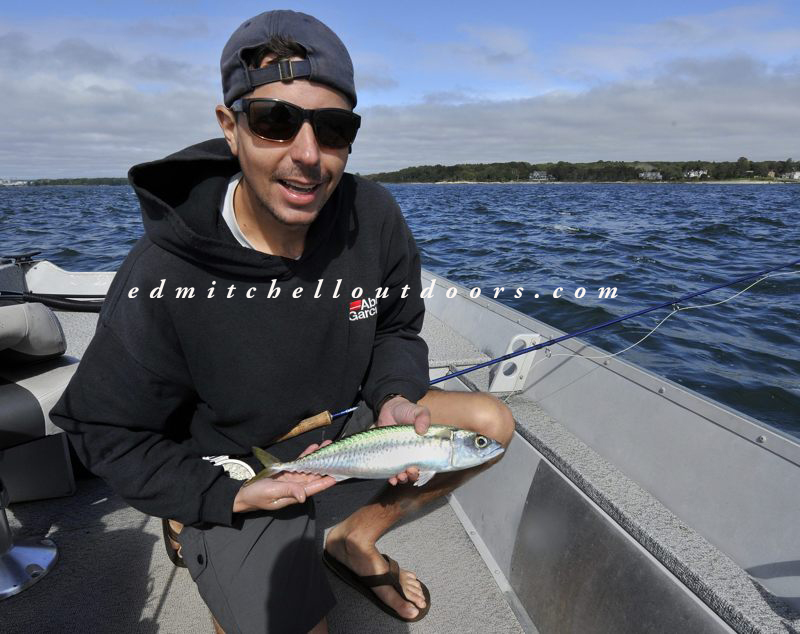 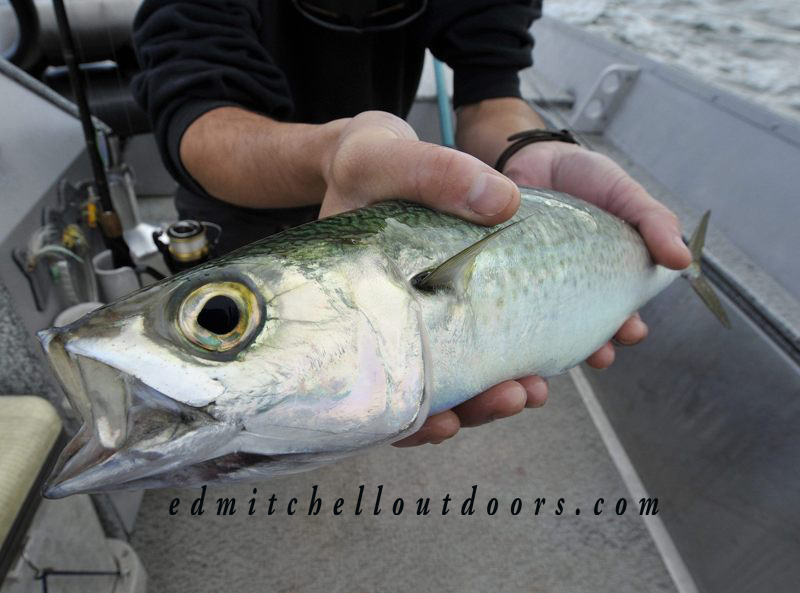 Chubs lack the vivid coloration of other mackerels, such the Atlantic bonito, but their body shape and tail are very similar. In the size department, think Atlantic mackerel. The chubs I’ve encountered run upwards of about 20″, and like all mackerels they fight far out of proportion to its size. Believe me, these chub mackerel put a serious bend in even a 9wt! You’ll work to land one.

Much like false albacore, they feed in school, ripping up the surface into white water displays you can see for a hundred yards. (enlarge the picture above and you’ll see their greedy mouths) And chubs are lightning fast, erratic, and hard to stay up with. We had to run-and-gun to catch them. The ones I saw yesterday were feeding on schools of baby bunker. And once you got a fly in their midst, the chubs grabbed hard.

Apparently, chub mackerel go through periods of great abundance, and then may disappear for decades. Records show that over a hundred years ago, in Provincetown Massachusetts, three men and a boy landed 3,000 on hook and line in single day! In those years chubs were often called “Hardheads” or Bullseyes”.