My son and I just returned from a 4 day, 5 night, “DIY” bonefishing trip in the Bahama’s. We were on Long Island, which calls itself the “Bonefish Capital of the World”. If you’re unfamiliar with Long Island, it sits southeast of Great Exuma, and some 300 watery miles below Florida. Lying at the northern edge of the Tropic of Cancer, Long Island is 80 miles long, four miles wide. By most standards, it is a remote destination, unspoiled, and lightly populated.

Roughly halfway down on the west side, Long Island has extensive bonefish flats, near the settlement of Deadman’s Cay. We stayed at The Long Island Bonefishing Lodge in Deadman’s.  It faces the flats and is only a couple of minutes from the airport. Nevin Knowles runs the operation; his sister runs the kitchen. Both are fine people, congenial, and outgoing. You’ll enjoy them. 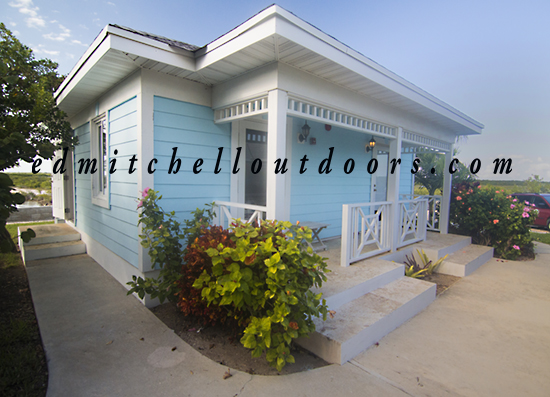 The Mitzi flats boats are relatively new, and ready to go. Accommodations are first class. The rooms are clean, and neat, with very comfortable beds. A major plus at the end of 8 hour days on the flats, believe me.

Bedrooms are clean and neat 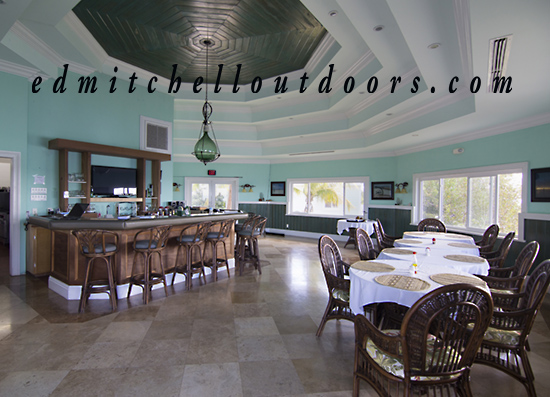 The lodge supplies 3 meals a day, full breakfast, “packed” lunch, and dinner. The food is wonderful, with dinners of lobster, grouper, and conch. Upon return from the flats, a plate of delicious conch fritters magically appeared on the deck. Washed down with a cold Kalik, it was great end to each angling day. OK, on to Part Two of this post.