A Day on the Salmon River

Since I arrived in Connecticut, I’ve been behind the computer a bit. Today, I broke free from the keyboard, and went to the local trout stream. Its small one, tucked in a state forest, and complete with a old covered bridge. Nice New England freestone waters.

Known as the Salmon River it is popular place, especially early in the season. A decent choice for a spring day on the river. And it’s also a place I fished when I was a kid. So it holds many fond memories. 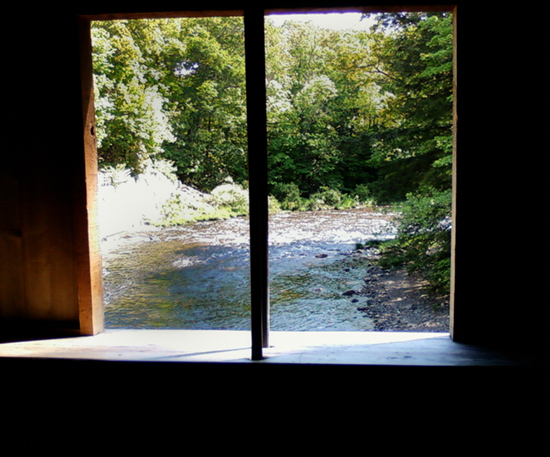 View from the bridge window

I started my day by wetting a line under the bridge, just for old time’s sake. Saw some caddis coming off in the fast water, but no fish rising. So I tied on a size 14 green caddis pupa, and began working the riffle at the head of the pool.

Caught a brown trout on the third cast. After that I moved up-river a mile, but the better spots were already filled with anglers. A common problem on many northeast waters. Eventually, I got a place with good holding water, and soon had a fat rainbow. Stuck in the current, the bow put a deep bend in the old glass rod. A good day on the river. 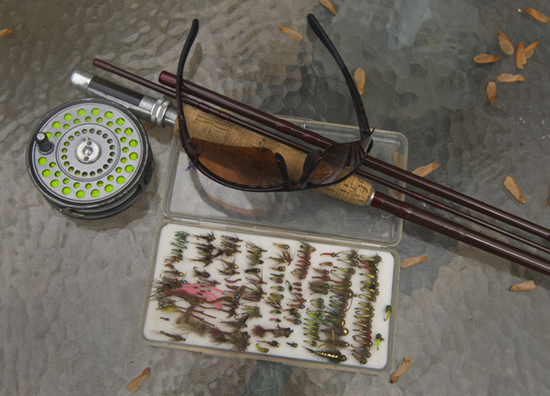 Winston glass fly rod, and a box of nymphs

This entry was posted in Fly Fishing in Freshwater, On the Road. Bookmark the permalink.