Fog and Wind on the Flats 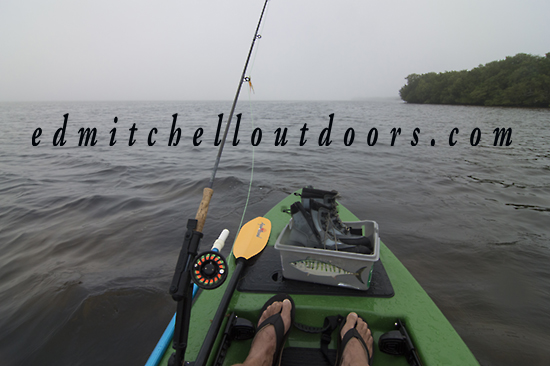 Fog and Wind on the Flats

A few mornings back, there was both fog and wind on the flats. Unusual. The fog eliminated any chance of sight-fishing, at least in the usual sense. But reds “tail” better in a fog, so there is a trade off. Although the wind was no help in that department.

This was advection fog, arriving on a south-southeast breeze. A wind from this direction brought the necessary warmth and moisture to create the situation in the first place. But that south-southeast wind did something else that took me by surprise.

A north wind in Charlotte Harbor speeds up an ebbing tide, and can produce extremely shallow conditions. This is a common occurrence during the winter months. And greatly increases the likelihood of boaters running aground. But I now know that a strong south wind can do the reverse, stalling an ebbing tide in its tracks. On the morning in question the tide never dropped very far. And that reduced my chances at finding “tailing” reds. Oh well.