A couple of days ago, I walked out to my car and spied a snake. Yes, a snake in January. A winter snake. This one was a parking lot casualty. Most likely it is a Florida Ringneck Snake. Totally harmless critter, although it has a habit of sneaking into people’s houses. 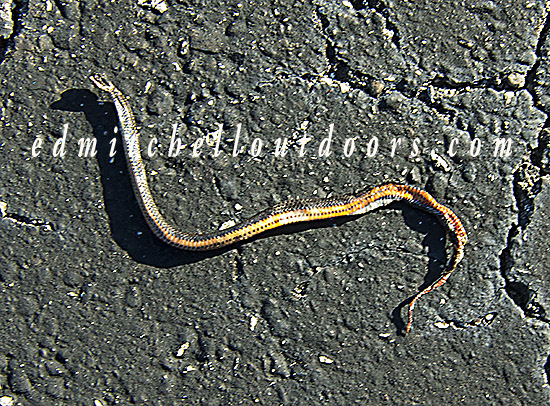 We have had some pretty cool mornings, down in the mid-forties. But some afternoon temperatures have reached into upper seventies. Apparently that’s warm enough for some snakes to put in a winter appearance. Just goes to show that Florida is Eden for the ectotherms….