Snook on a Fly

Snook on a fly? Well, the snook bite is still red hot. Last time out, I landed 14 of them. Terrific action. For the most part they aren’t huge, on average ranging from 22-26 inches. But on a six-weight fly rod they are a blast. And I can see bigger snook skirting the outer perimeter of the sandbar. 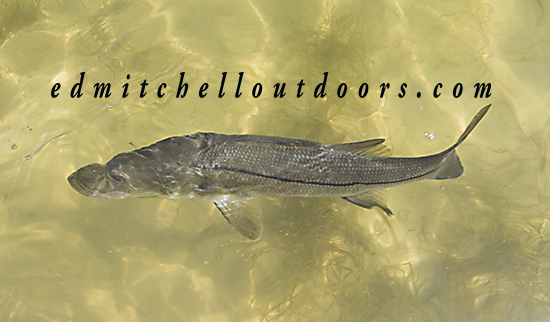 Snook on the Sandbar

At one point, I hooked a snook close to deep water. The fish ran erratically. A large wake suddenly appeared, pushing a wall of water. Up on the bar came a five foot bull shark, chasing my fish.  While releasing the drag, I leaped back on the Adios in a hurry. The commotion spooked the shark. It reversed and headed off. Close call.