The “Sulphur” Hatch on the Farmington River: Part Three

Part Three: Bright and early the following morning I stopped into Upcountry Sportfishing, located right on route 44 in New Hartford.  Upcountry is fly-fishing central in these parts. Besides being a well-run, well stocked fly shop – the kind that’s harder and harder to find these days – Upcountry has a very informative website with river reports, weather, guides, and lodging. 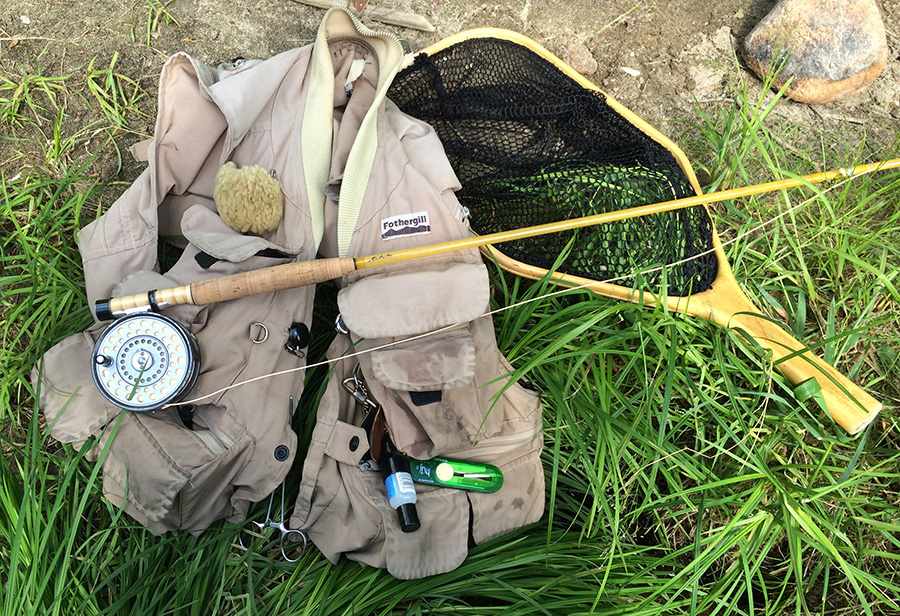 Vest and a Kabuto Fly Rod

In the shop I ran into Bruce Marino. Bruce has been wading these waters for years as a full-time, year-round Farmington River guide, and noted fly tyer.  Bruce quickly confirmed what I saw the previous day. He told me the “sulphurs” can come off much earlier than expected. And he added they can also come off again around 5pm. And there are even day when the “sulphurs” may wait until nightfall before appearing. In other words, the “sulphur” hatch on the Farmington River can be unpredictable.

Then I told Bruce about my lack of luck with dries. He wasn’t at all surprised. He said the trout often show little interest in the “sulphur” dun and spend much of their time keyed to the “emerger”. As Bruce put it: “It pays to get the fly wet.”

That evening I fished down river down in Collingsville with Gary Steinmiller. Gary is a highly skilled angler and president of the Connecticut Fly Fisherman’s Association. We got in around 4:30pm. There was no action to speak of until near 7pm. At that point we saw “sulphurs”, “isonychias”, and a few “cahills’ come off. This time Rick Strolis’ “shucked up emerger” worked very well indeed, taking several good fish. Gary caught several very nice trout too, including a big chunky rainbow that put up a real show, running the pool. 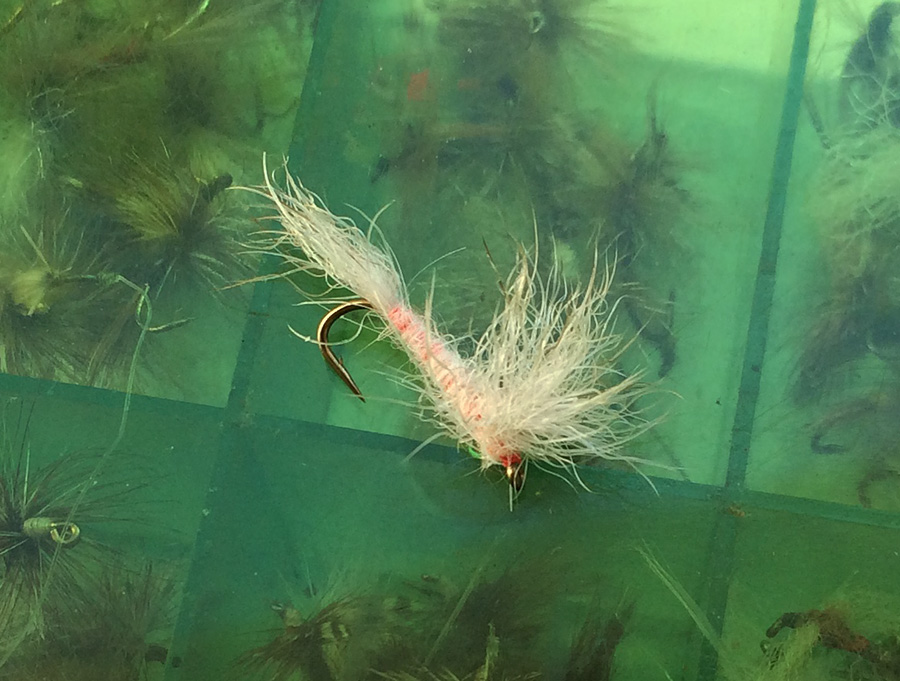 As darkness descended, I was having trouble seeing the “emerger” so I switched to a Usual,  a great dry fly invented in the Adirondacks by the late Francis Betters. The Usual looks deceptively simple, but believe me it can be a killer. It rewarded me with the final fish of the night, a heavy brown of near 18 inches that bent my Kabuto glass fly rod right down into the corks. Exciting fishing!

2 Responses to The “Sulphur” Hatch on the Farmington River: Part Three