The Reds are Gone Again

The Reds are Gone Again: After a long road trip I’m back in Florida, but that doesn’t mean I’m catching redfish. The wind has been howling. Day after day after day. I’ve lost a week and a half to small craft warnings. Stuck in port, damn. And when I did finally get out, there were no reds on the flat. Yeah, the reds are gone again.

This has happened to me before. A sustained period of high winds pushes the redfish off my local flat. And it pretty much does the same to the snook and the spotted seatrout. They all vamoose. Not good. So where are they all hiding? I figure they move to deep water, or head up the rivers, or find sheltered flats. And if the past is any indication, they will be slow returning. Woe is me.

Towing the Adios with the Rio Grande Wader Belt

Remember the Rio Grande Wader Belt I reviewed back a bit? Well I did get a chance to use it more. First off, I attached a sheath for my pliers. Now I have everything aboard – flies, leader material, pliers, and Boga grip. Okay, nice. Then I tried towing the kayak with the belt. Worked out great. I clipped one end of a rope to the bow of the Adios, and the other to a “D” ring on wader belt. That allowed me to wade-fish down a shoreline with the Adios following along like a faithful dog. Useful tactic. You can count of me doing that trick again. When I need more tackle, or my camera, or just want to get back on board – a tug on the rope is all that is required. 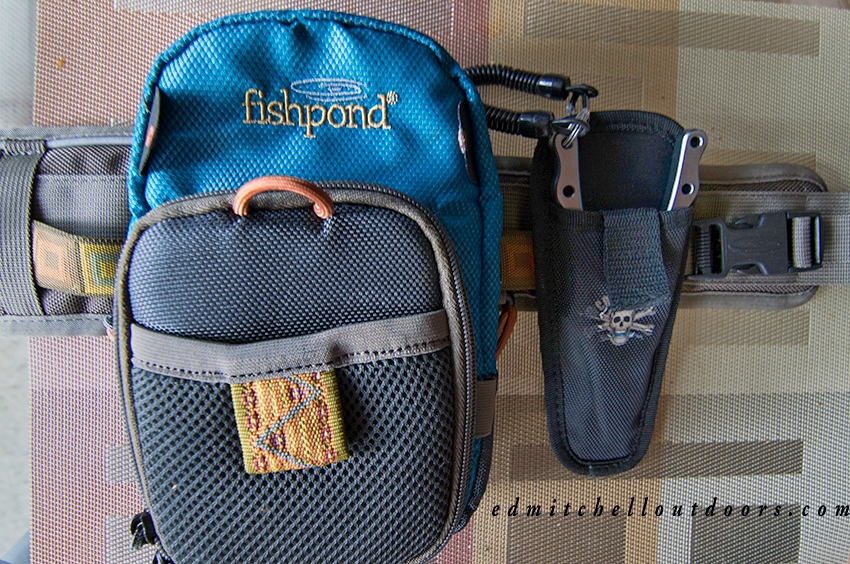 Wader belt with Sheath for Pliers

PS: On Thursday’s the local paper has a separate section devoted entirely to fishing. Well I picked up a copy at the gym and began reading the fishing reports. A tackle shop reported that redfish were plentiful and all over the place.  What???? Really??? Then I read an article by a respected guide. He said there were so few reds around they were hardly worth fishing for, adding “the stock is badly depleted”.  You know who I believe.

This entry was posted in Fly Fishing in Salt Water, Gear. Bookmark the permalink.