How Fly-Fishing Changed in my Lifetime: Part One

How Fly-Fishing Changed in my Lifetime: Part One

Part one: A couple of night ago I was thinking back over my time in fly-fishing. Frankly there was plenty to mull over. After all I’ve been a student of the game for over 50 years. And as you can imagine I’ve witnessed changes along the way. Many of these changes have been very beneficial. While the benefit of others remain in serious question, at least in my opinion. But before we wade off into these waters allow me to preface my remarks with a few thoughts.

Fly-fishing is a sport deeply steeped in tradition. And as result fly anglers by nature tend to hold strong opinions about what constitutes the “right” and the “wrong” way to fly-fish. This strong philosophic leaning goes all the way back to Halford and Skues, and is still very much with us today. We love our sport’s rich past, and we take pride in our own long involvement. I don’t bring this up to shine a negative light. Rather I’m simply pointing out something about our general temperament. On the whole we are reluctant to change. Yet change we have, and that in itself is remarkable.

The Revolution Arrives. The 1960’s was a rather a sleepy time in fly-fishing. In retrospect that may seem a bit odd given the cultural upheavals our society was undergoing. But best I know the “tune in, turn on and drop out” mantra of the day had zero ramifications inside our sport, other than the fact you were squeezing bell bottoms into your waders. Nevertheless a fly-fishing revolution was building. One that would burst on the fly scene in the 1970’s & 1980’s on two major fronts, both of them holding significant consequence and both still with us today.

The first of these shifts was a burning desire to take our sport more seriously. Prior to this any respectable fly angler could visually separate a mayfly from a caddis, but no one expected you to take matters much farther. Suddenly that was no longer acceptable. We  wanted to understand the life cycle of every mayfly and every caddis and to be able to identify them all by their Latin name. In short, during the 70’s & 80’s we became scientific minded. And some might even say obsessed with aquatic macro invertebrates. Yes, “matching-the-hatch” was suddenly the rage. In the process, the sport lost a certain innocence, a certain carefree freedom. But we were better anglers for it, although there is some complaint even now that fly-fishing has gotten too technical. 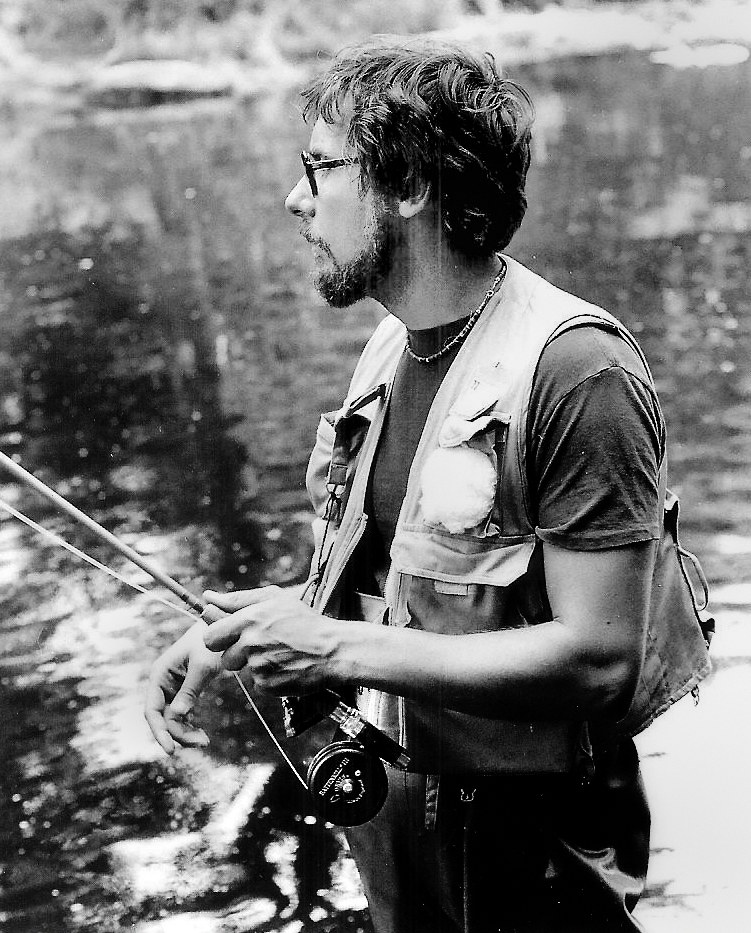 Yours Truly a Long Time Ago

The hottest fly-fishing books of this era not only reflected this new scientific approach they helped drive it. Each in its own way was a rallying call, a catalyst for change. A list of these seminal works would go something like this – Ernie Schweibert’s, Nymphs: A complete guide to naturals and their imitation, 1973; Al Caucci and Bob Nastasi’s, Comparahatch, 1973; Caucci & Nastasi, Hatches, 1975 ; Solomon & Leiser’s, The Caddis and the Angler, 1977; Gary LaFontaine’s, Caddisflies, 1981; Vincent Marinaro’s, In the ring of the Rise, 1987.

Where on earth did this all come from? I believe the seeds for this explosion of innovative thought were quietly planted years prior in three older books.  Art Flick’s, Streamside Guide, 1947. Vince Marinaro’s A Modern Dry-Fly Code, 1950. And Ernie Schweibert’s, Matching the Hatch – a Practical Guide to Imitation of insects and found on Eastern and Western Trout Waters, 1955. Yet it would take years for their full impact to slowly hit the sport.

Anyway you cut it, by 1980 fly-fishing was a dramatically different sport. If a nonangler stumbled into a fly-fishing club meeting he’d think it was an entomology seminar. One guy in the room might be talking about the type of current home to parapheltophilia adoptiva. While another person was asking how many tails are on a Stenonema  nymph – two or three. Wow. It also altered how we fished. We carried thermometers to test the water temperature, we used small seines to survey the insect life. We put insects in vials to study and photograph. Some anglers even took them home to watch in aquariums. And last but not least, this scientific push greatly altered how we tied flies. Generic looking wet flies were passe. Now we created flies that matched a particular insect at a particular stage of its life. Size and color had to be on the button. We were determined to “Match the Hatch”.

Part Two: coming soon. The march to the sea.