Yesterday I came across a picture I hadn’t seen in 8 long years. It was one of many I took on my last visit to Ireland. It is a simple shot showing the interior of a pub where I spent a restful moment. It brought back many pleasant memories.

Back then I was fortunate enough to stay with old friends who lived on the Ring of Beara. They rent a home perched on a cliff with an unobstructed view of Kenmare Bay. The Ring of Beara is one of the most remote regions in the country. In fact some will tell you it is last vestiges of “old” Ireland, a place that time itself has passed by. 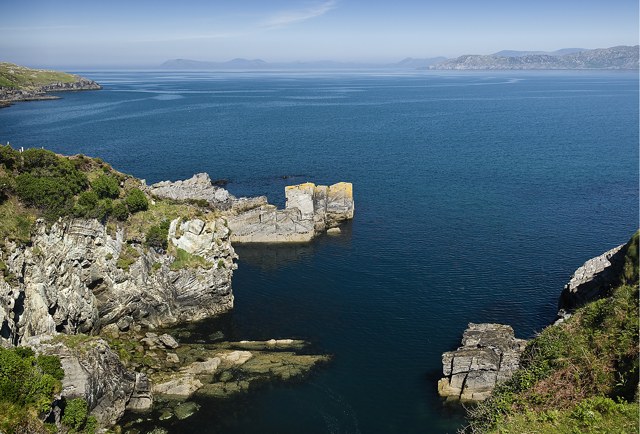 During my three week stay I walked approximately 70 miles of the coast. In the mornings my friend would drive me in their Land Rover to a trail head. And then with backpack loaded with rain gear, camera, food and water I would strike off on my own. The areas I hiked each day are now part of what’s call Ireland’s Wild Atlantic Way. It is rugged and beautiful country indeed. Unequaled and unforgettable, many times it forced me to drop my pack and simply stare. 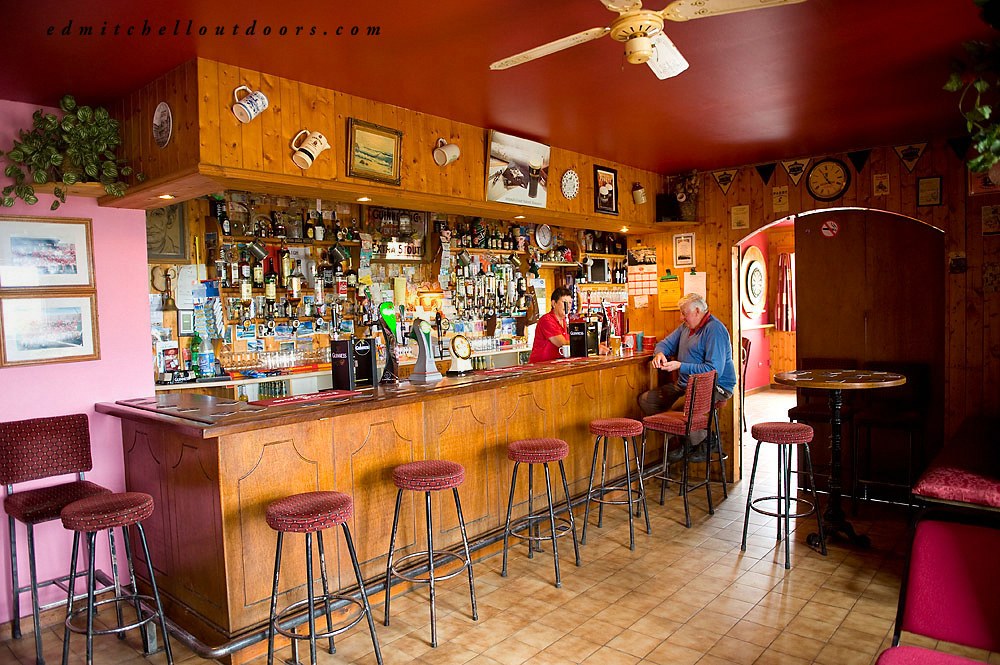 Several days prior to this photograph, while riding around with my friends I noticed a long trail on a mountainside. With a little research I determined that the trail was actually the remnants of an old dirt road, that ended in Ahillies up by the famous copper mine. Based on that I made my plans.

Days later my friends dropped me off in Ahillies and I hiked up to the old copper mine and found the trail’s entrance. At first it was closed in on both sides with rock walls, but soon it opened. To my left the trail dropped away about 400 feet into a valley that ran westward to the sea. While to my right the mountain rose upwards another 300 feet or more. Given the narrowness of this old road and steep drop off to one side, it was hard to imagine than even a donkey cart could have made this journey, much less a car. In either event it would have been a hair raising ride.

After two hour’s of stunning views, I found a path, allowing me to descend the mountainside into a farmer’s field. From there I followed a path out to a small roadside pub, called the Urhan Inn. And there I drank a pint on the Wild Atlantic Way.

ps: if you wish to read more about my time on the emerald isle open the category “Ireland” and you’ll see additional posts.

Want to see more images of Ireland? Follow this link.