A few days back my friend Dave and I took a boat ride to a flat a touch farther north. After we waded around for awhile, Dave announced he had seen a school of pompano swimming by. A few casts later Dave hooked one, but it wasn’t a pompano. It was a permit! 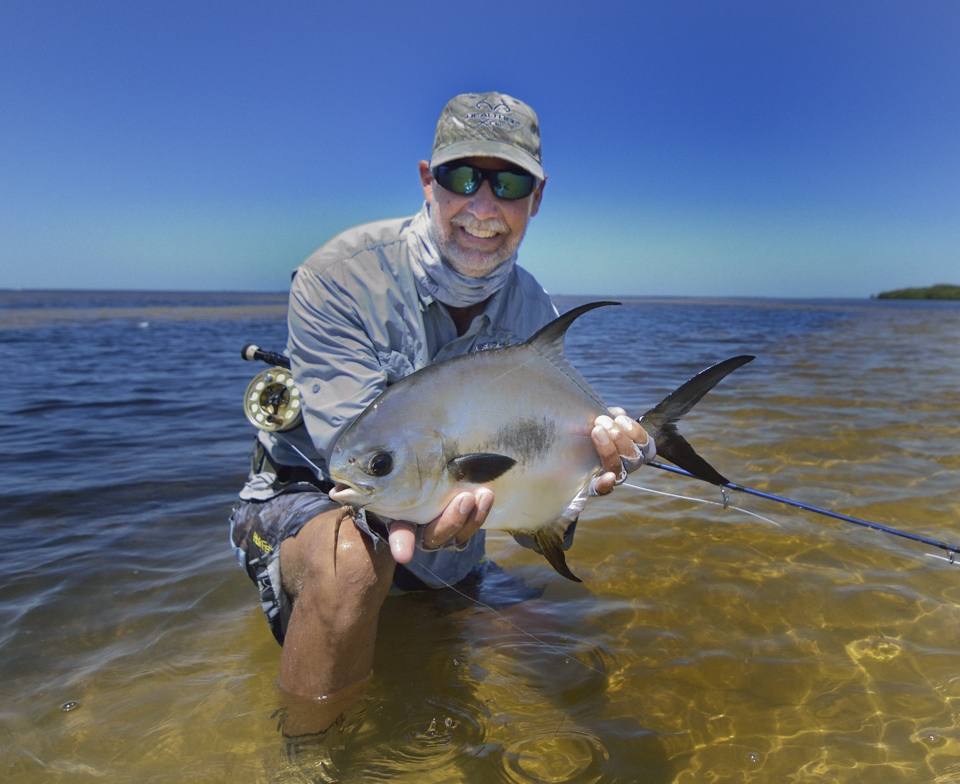 Permit are a bit rare in Charlotte Harbor, so this is an uncommon catch. After Dave got his, we both fired casts at the school, but couldn’t get another permit to take, even though we tried several different flies. Too bad, but it still was exciting.