A Rainbow in the Maumturks

I saw a rainbow today. It got me thinking about one I saw in Ireland, years ago. A friend of mine had rented a house in a remote valley in Joyce Country.  Situated 4 miles in on a dirt road, the house hung on a hillside in the rugged Maumturks. Possessing a stark beauty, the valley and surrounding mountains held a haunting aura that is difficult to describe. 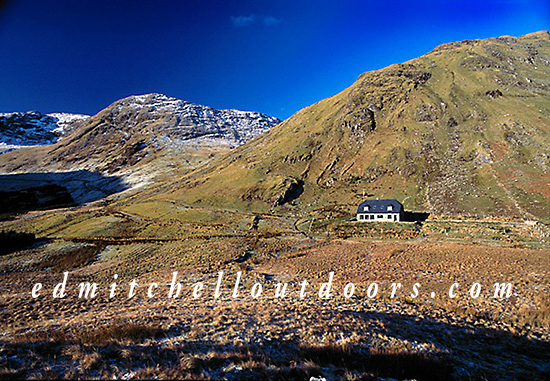 I arrived in late winter for a short stay, and soon fell under the valley’s spell. Out my bedroom window, a salmon river coursed the valley floor; while the mountainsides became a kaleidoscope in the changing light of day. Then at night, stars filled the heavens. And without any artifical light for miles, freely they fired down. The universe seemed only an arm’s reach away.

Along with natural beauty, about 300 yards from the house there was a megalithic passage tomb. Untouched since its origins in the neolithic, this long, oval mound of earth held the remains of people that walked this valley in the stone age. If that tomb could talk what stories it would tell.

One morning a storm surged down the valley. It raced through the mountain passes carrying torrential rain. As the storm subsided, I stepped out with my camera. Suddenly a rainbow appeared. It arched out of the sky and greeted the tomb, as if to honor those 5000 year old bones.  I’ll never forget that rainbow in the Maumturks. 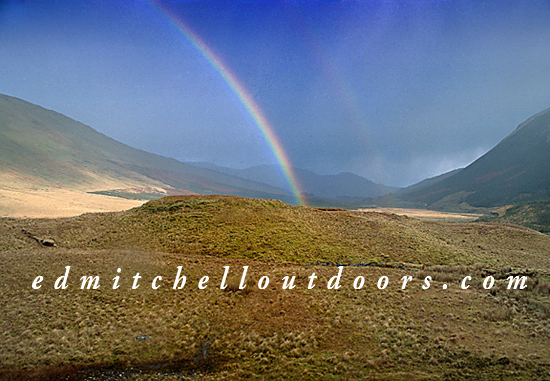 This entry was posted in Environment, Ireland, Looking Upward. Bookmark the permalink.