Comparing Diablo’s Adios to their Chupacabra

A few weeks back I got a chance to use a Chupacabra. Still got it. If you’re unfamiliar with this craft, its cousin to the Adios. Both are made in Austin, Texas by Diablo Paddlesports. The two look very similar in design, and are constructed and outfitted in the same way. At the moment I have upwards of 2 thousand hours aboard the Adios, and 200 or so aboard the Chupacabra.

At 10.5 feet the Chupacabra is two feet shorter. It is also one inch wider at 37″, and 13 pounds lighter. And this shorter, lighter yak is priced a bit kinder to your wallet as well. 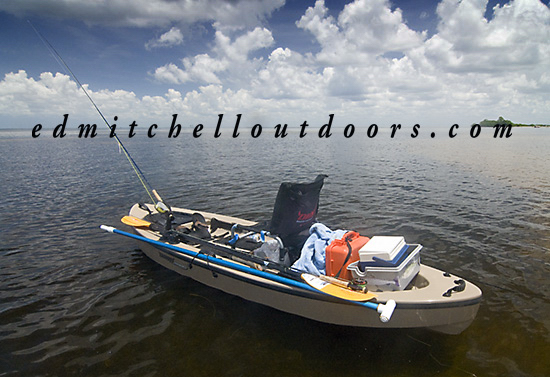 So how does the Chupacabra compare to the Adios? Pretty well actually. I’m catching about the same number of fish, and carrying almost the same amount of gear. Because its lighter, the Chupacabra is easier on-and-off the car, and easier to launch and retrieve. It paddles a bit easier too, at least at startup.

Of course you can’t win them all. The Chupacabra is a stable platform, and I have no problem standing on it. Still in the stability arena the Adios is king. The difference is most noticeable in a chop or crossing a wake. Or if you drink beer while you’re fishing. Just kidding.

Neither craft tracks perfectly when poling or standup paddling, but the Adios is much better than the Chupacabra. Since I do plenty of poling that is a major consideration. And I feel the Adios is tad faster, once you get under way. Lastly, if you are a gear freak or wish to bring a decent size cooler aboard, the Adios is your ride. So all told, for me at least, the Adios still is the right choice.