Hit the water early this morning, leaving the ramp around 7 AM. The wind was light, the skies were clear, and the tide was about to flood. I slowly poled the Adios northward, covering roughly two miles of water. Conditions were perfect for tailing reds. Man, I looked and looked all the way, but none were to be found. Damn it.

Redfish are scarce of late. And it has anglers worried. There has even been talk of the need for a hatchery. My friend Dave says it may just be a temporary down-turn in the population. I hope so. I miss those reds. 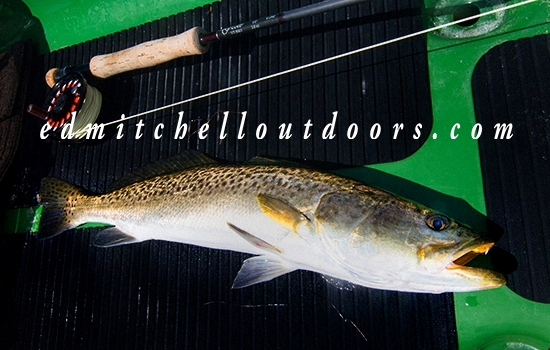 On the way back, I fished the sandbar on a rising tide. Good light, clear water. So I could sight-fish pretty well. But not much going on. About halfway home, I stopped at a favorite spot. Climbed out of the Adios and waded along the inside of the bar. To the left of a sand hole I saw a swirl, and dropped my fly nearby. 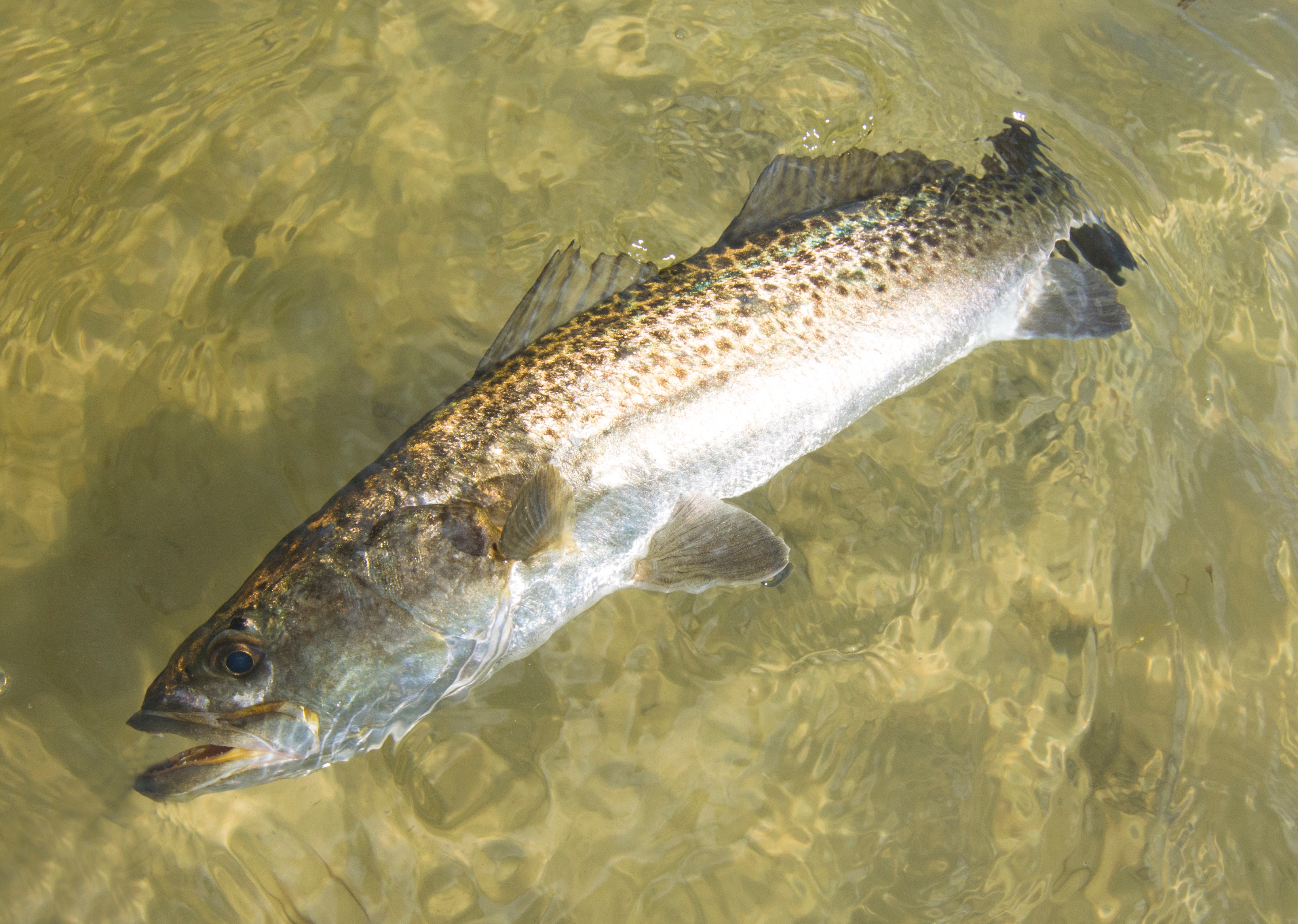 The take was instant. No it wasn’t a red; it was a big spotted sea trout. Here in Charlotte Harbor big means anything over 18″. Unfortunately we don’t grow them like they do on the Atlantic side. This one was close to 24″, and I believe my largest to date. It fought fairly well on my 6-weight. This pup should have weighted near five pounds, but it was a string bean, shaped like a pickerel. Perhaps it is a post spawn fish. Still I’m glad to have found it.