This Spotted Sea Trout Robbed Me

Yesterday held some good fishing. In the morning, I found several snook along the mangroves. None huge, but all fun. As the tide continued to fill, I paddled the Adios out to the sandbar in hopes of doing some sight-fishing for redfish. The water was clear, and the sun bright, so conditions were excellent. 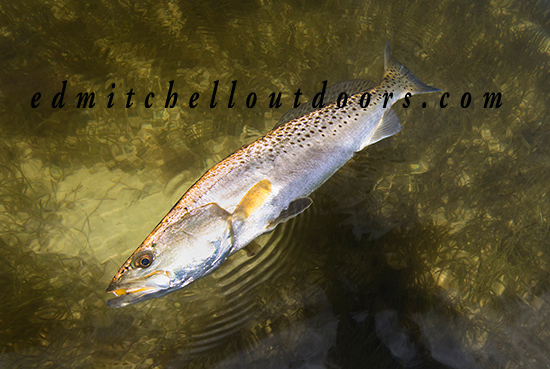 This Spotted Sea Trout Robbed Me

For awhile I poled the Adios along the bar, searching for activity. Eventually I found some. After staking out, I jumped off and began very slowly wading.  Suddenly a large ray glided into view, traveling from right to left, no more than fifteen feet from me. That’s when I saw them. Two large redfish! They were closely following the ray. The motion of a ray’s wings disturbs the bottom, often kicking up food. And redfish know it. So the ray becomes their lunch wagon.

Swinging the rod behind me, I did a quick roll cast dropping the fly practically on the ray’s back. Wham, I got a strike. Was this my redfish? Hell, no. Hidden between the two reds was a 20 inch spotted sea trout, who jumped out and nail the fly. Damn. This spotted sea trout robbed me.