My buddy Pete is up in the Sangre de Cristo Mountains of New Mexico. I’ve gone through that area and know its a spectacular spot.

At the moment, Pete, and his wife Linda, have their RV in Coyote Creek State Park, near the little town of Guadalupita. Coyote Creek is heavily stocked with rainbow trout, and he tells me he’s been fishing for them with his spinning rod. Yesterday he ran into a fly-fisherman named Rich working the same waters, and nailing rainbows left and right. Naturally Pete asked what Rich was using.  Rich showed him the fly, gave him one, and told him how to rig it with a float on a spinning rod. Very nice of Rich. 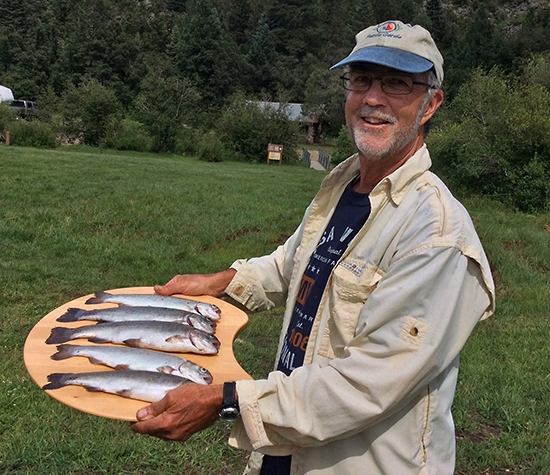 Pete with his rainbows

As soon as Pete switched over to the fly he caught one trout right after the other. Pete’s not sure what the fly is called, but you can see it in the next photograph. Looks to me little like a wooly worm or perhaps a waterboatman imitation. Whatever it is, it worked like magic. 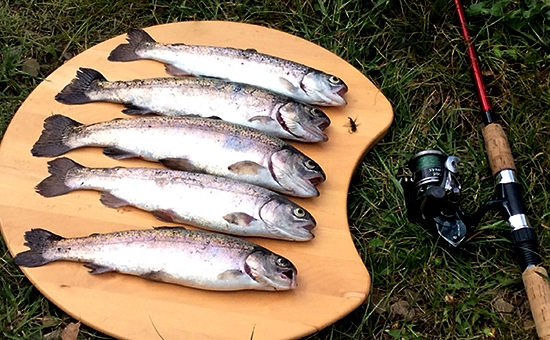