“Tailing” Reds in the Twilight

“Tailing” Reds in the Twilight:

Summer fishing in the subtropics can be brutal.  Old Helios is a your merciless companion, absolutely furious, baking you to the bone as sweat rains down your face. After a couple hours on the water your energy level drains toward zero. And if that isn’t bad enough, the soaring water temperatures on the flat often kills any hope of finding aggressive fish. You’re cooked and the fish are cooked too.

So as a rule this time of year its best to focus your fishing early and late, especially if you can also get good tides. Well that just happened, amigo. During the last few days we have had strong low tides in early evening, perfect for finding “tailing” reds. But there is always a catch. Reds refuse to “tail” unless it is dead calm. So you pray there is no late day sea breeze to mess things up. And more concerning yet, late afternoon is the time of day we get powerful, towering thunderstorms, and you don’t want to be on the water in one of those. Believe me. 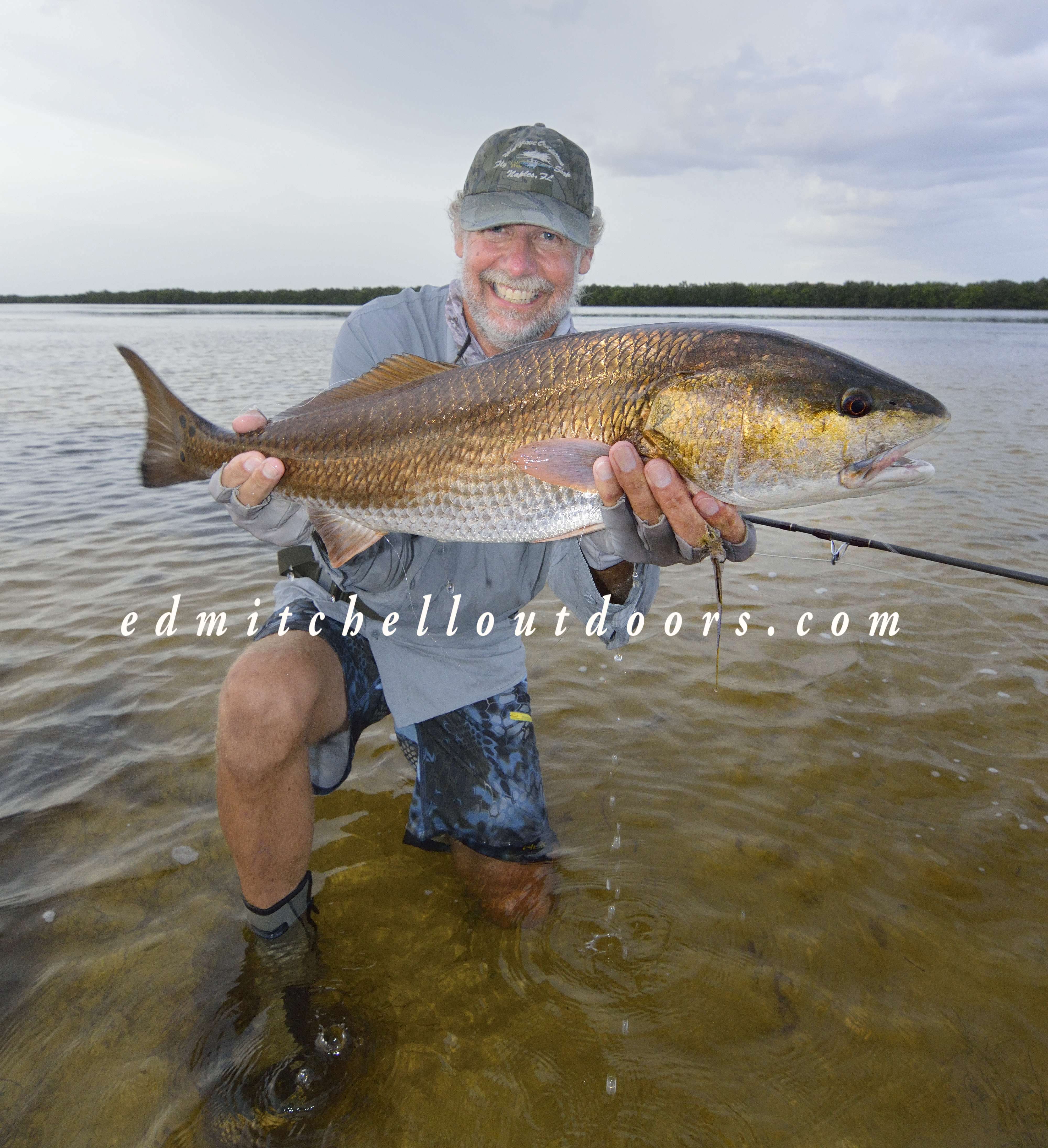 Luckily, last night the weather gods were on our side. Low tide arrived at 7:30PM and there were no storms on the radar screen. Zero, zilch. Not a one in our area. Plus we had calm winds. Conditions were ripe. Now it was up to us to take advantage of it.

We left the ramp around 6 PM, a tad early perhaps. But as the light lowered, the air grew still and the tide began to move we found “tailing” reds. My, my. They were not spread out on the flat but located mainly to the north of us mixed with large numbers of snook, all of them feeding right along the edge of the sandbar. Dave got a beauty right off and I caught one later right at last light. Good summer fishing!