Yesterday I spent part of the day in the kayak. Water temperature? 88 degrees plus. No surprise I guess; July was the hottest July ever recorded in these parts.  As you can imagine the fishing was painfully slow. Nonexistent. 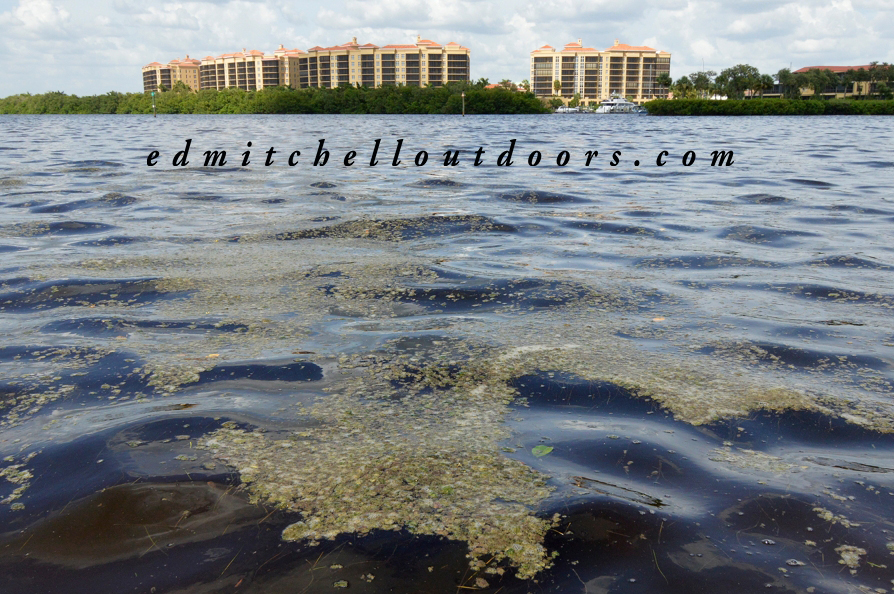 Later on, a guide boat came by and chummed the water near me for 30 minutes without raising a single fish for his clients! Yikes, that was an powerful omen to head back to port, but on the way I saw something strange. No it wasn’t red tide again, thank God.  It was small amounts of what appeared to be blue green algae? Or at least that is what I believe it might to be. Could be wrong, however. For one thing its not the bright green color you see on the evening news.

Blue green algae against the Kayak ?

With a southerly wind and a rising tide, conditions were ripe for pulling in water from the Fort Myer coast. Blue green algae is a major issue over there. When I got back to the ramp, I found the stuff in the kayak scuppers. Sure looks like algae of  some sort. Hopefully this isn’t the start of a something that gets worse here in the Harbor. Right at the moment, whatever it is its pretty minor.

Crap in the Kayak Scuppers