Another Shot at “Tailing” Reds

Another Shot at “Tailing” Reds

Rain Clouds in the Distance

The rain to our immediate southeast had slid offshore and the breeze was dropping with the light. Coupled with it we had a ebbing tide about to turn. You got to love it. Things were set for another shot at “tailing” redfish.

About 7pm, the three of us hopped in Dave’s boat and flew out to the flats. Water temperatures were high, likely pushing toward 90 degrees, but its August after all and one just has to grin and bare it.  Six or seven minutes later, we slid up on the sandbar and tossed out the anchor. Time for the magical mystery tour to begin. 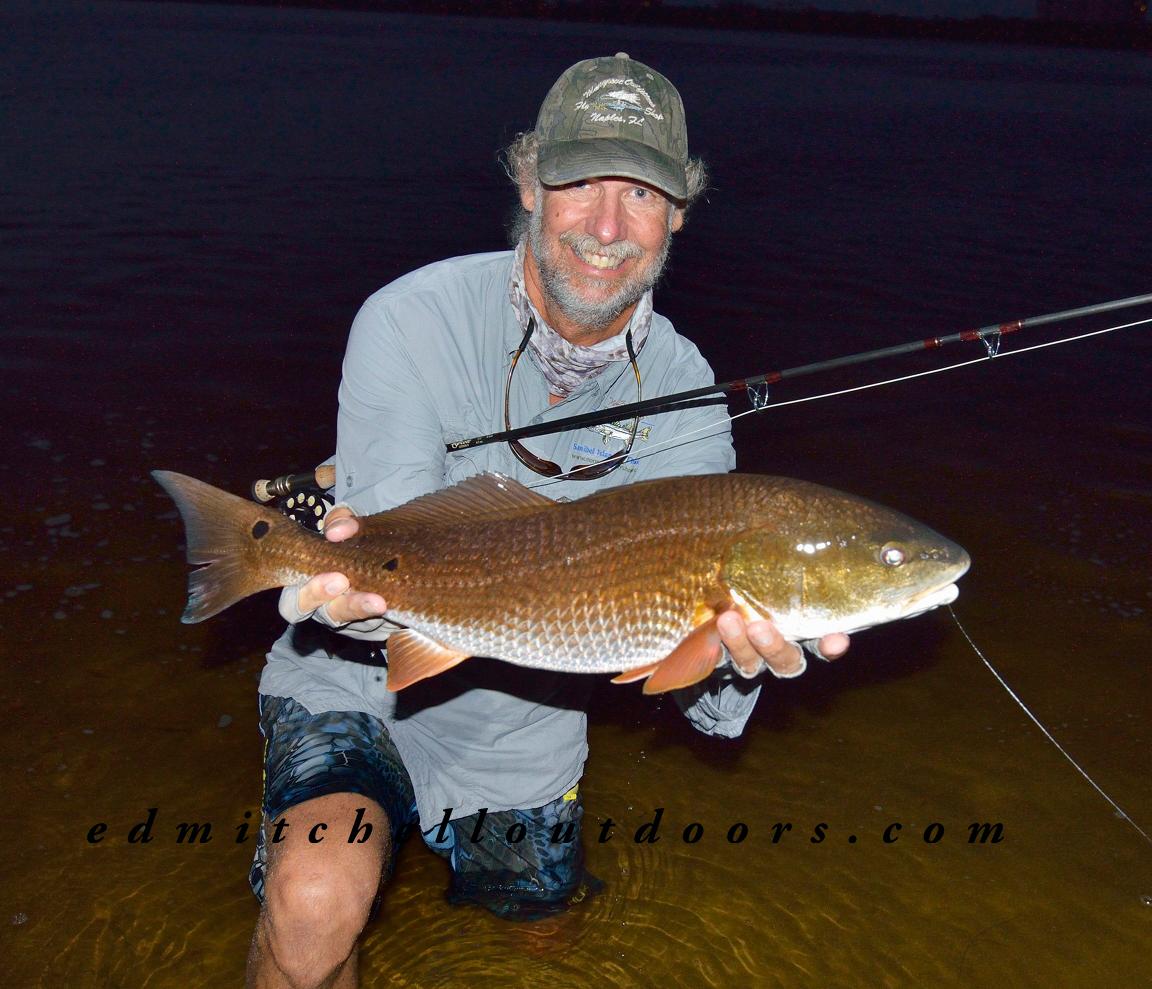 After grabbing gear, the three of us disembarked, fingers crossed that the angling gods would shine down on us. Andy headed right, I waded forward and Dave went left. The water on the flat was a fair bit lower than we expected. And there were no “tails” to be seen. Bummer. As the sun dipped down to the horizon, our chances were fading fast. But just at last light, Dave found two “tailing” reds. I’ll bet they arrived with the cooler incoming tide. Bingo. Yes, good old Dave scored as usual. No wonder they call him the “fish whisperer”!