Atlantic Bonito are in Town

Atlantic Bonito are in Town

My friend Mark Kuz send along a couple photos of Atlantic Bonito. Way cool. Bonito are a prized catch, no question. They’re fast, cagey, beautiful, and often hard to hook and hold. But once you get one on, man the fight is memorable. Bonito can reach 15 pounds and 8 years of age, but in Long Island Sound bonito of 4- 6 pounds are average, and 10 pounds is real honker.

False Albacore are a far more common tuna in Long Island Sound. Making them easier to find than bonito. And when false albacore move in, they tend to be larger and more aggressive than the bonito, pushing the bonito away. Hey that’s how the animal kingdom works. 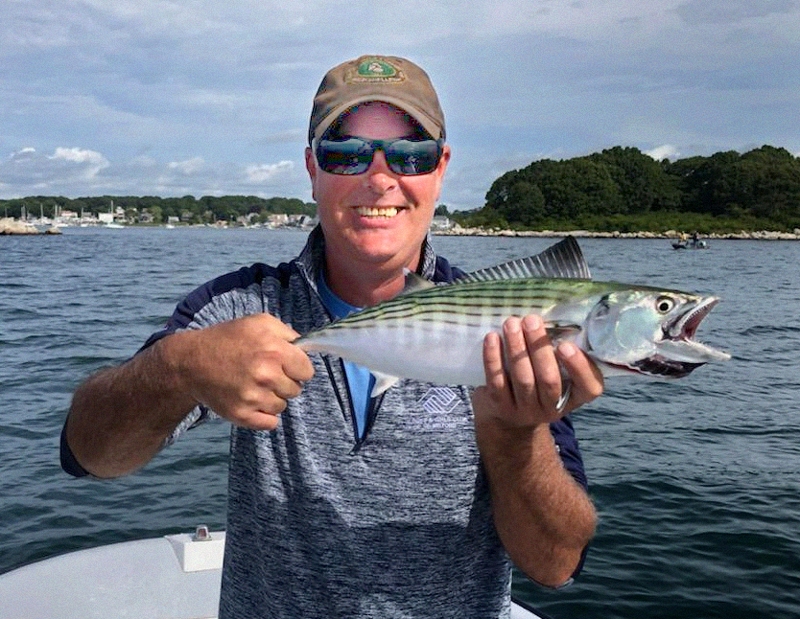 On the bright side, bonito are here for a longer part of the season. They can arrive as early as June, although July is more likely, especially around a moon. They are in prespawn mode at that time, however, and difficult to locate. And even if you do, they are likely to suddenly disappear for several weeks, moving offshore to reproduce.  But by August they are back inshore and hungry, ready eat. And being more cold water tolerant than the false albacore, bonito may still be around in well into November. I’ve caught them on days I had ice in the guides.

Want to know more about them? Go over to my magazine article page and scroll down. You’ll find an article I wrote on bonito as well as one on “albies”

In the picture above I’m holding a baby “bone” I caught in the Sound many Septembers ago. Yes on a fly. Baby “bones’  grow about an inch a week, so this little pup was born two months back in July. With any luck at all it has 8 years more to roam.