Took the Meridian 7wt for a test drive on the town green today. Accompanying me were two fly lines from AirFlo. A Coastal 7wt Intermediate and a Coastal 7wt Floater. Both are 105 foot long, cold water fly lines, with 40 foot heads and short front tapers. Also along for the ride was my new collapsible stripping basket and my old Scott 7wt “G” series rod. 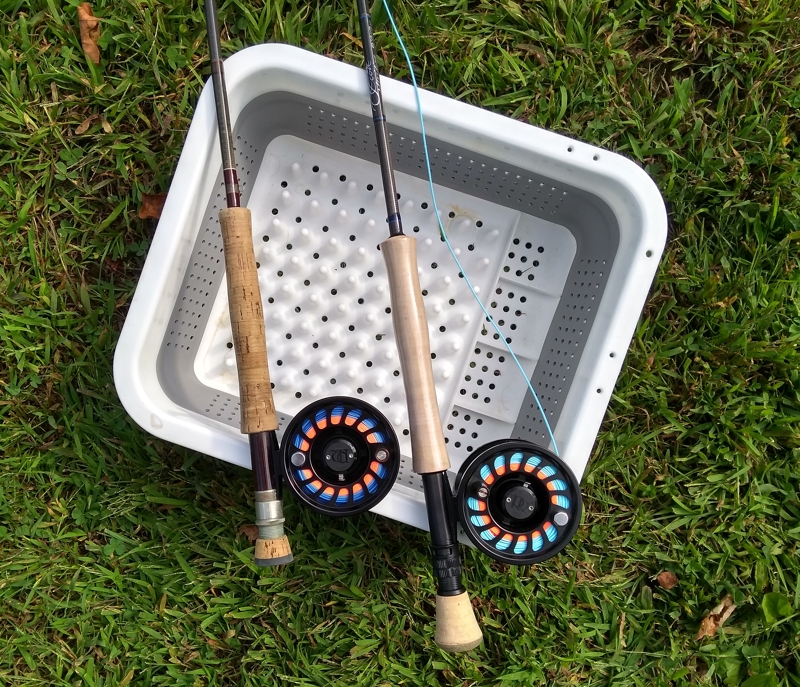 First off, I cast the Meridian with the AirFlo 7wt floater. The rod and line seem to mate up well. Very comfortable in the hand and during the casting stroke. Each cast was truly effortless and smooth, and the rod tracked amazingly well, ensuring accuracy. This rod is a true treasure.

At short range, the combo delivered a nice loop down to 18 feet of fly line. (the short front taper was likely a limiting factor) The next job was to find the, what I call, the longest “working” cast. By “working” cast I mean the longest cast the rod could easily throw with a single backcast, for an entire tide. (I used a double haul and shot some line into the backcast.) That distance was just under 70 feet of line plus a 9 foot leader. Very respectable for beach adventures. And far more than necessary for sight-fishing. By the way I think this rod will made a terrific flats rods. Bonefish beware. 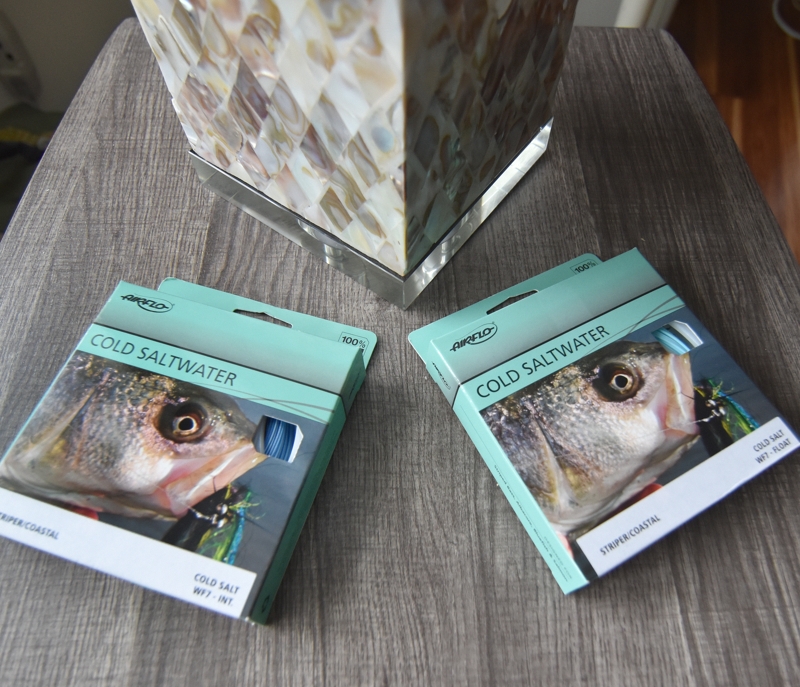 With the intermediate line aboard, the Meridian performed even better, probably due to the intermediate’s thinner diameter. The short range was the same, but on the “working” cast, the intermediate flew to 75 feet, plus leader. Again without any real push on my part. This is an effective “working” distance for covering a shoreline. You’ll like it.

For old time’s sake, I then cast both lines on my Scott “G “series 7wt. Granted this rod was never made to be a saltwater demon. It is a moderate action, general purpose rod. The rod’s slower action and extra weight were immediately noticeable in the hand. And on the casting stroke, unlike the Meridian, I could feel the rod’s motion down into the butt. At short range the “G” was the same, but on the “working” cast the older rod came up shorter. It is still a great rod, but points out how good the Meridian’s is. 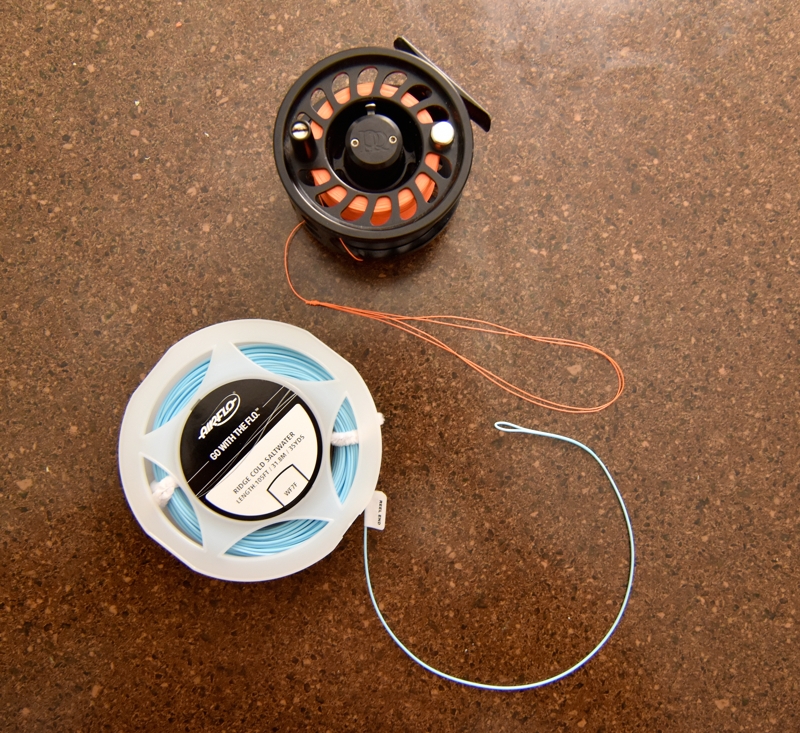 To connect the new lines, I employed an old trick. I made a long doubled loop in the backing using a surgeons knot.  You pass this loop through the loop at the end of the fly line and then pass it back over the top of  reel. Bingo you’re secured. And the fly line can be disconnected in a flash without cutting any line or undoing any knot. Simple and nice.

Now a quick warning  Since both of these new lines are over a 100 feet in length, they take up more space on a reel than did older, shorter fly lines. In fact I had to remove over fifty yards of backing from one spool before the floater would properly fit. Avoid overloading your spools, it will lead to trouble.

As soon as I get this rod to the water, I’ll do an update.