Scott Fly Rod’s “G” Series – a look back  Fly rods come and go. What’s hot today, is not tomorrow. Its all about market demands, I guess. This is not to say that change is a bad thing. This constant evolution has produced some mighty fine rods; we keep pushing ahead. Still it seems odd to think we really need all this flux. After all fishing doesn’t really  change that much. And it urks anglers to discover the high-end, top-of-line expensive rod they shelled out cash for is deemed outdated the following year. 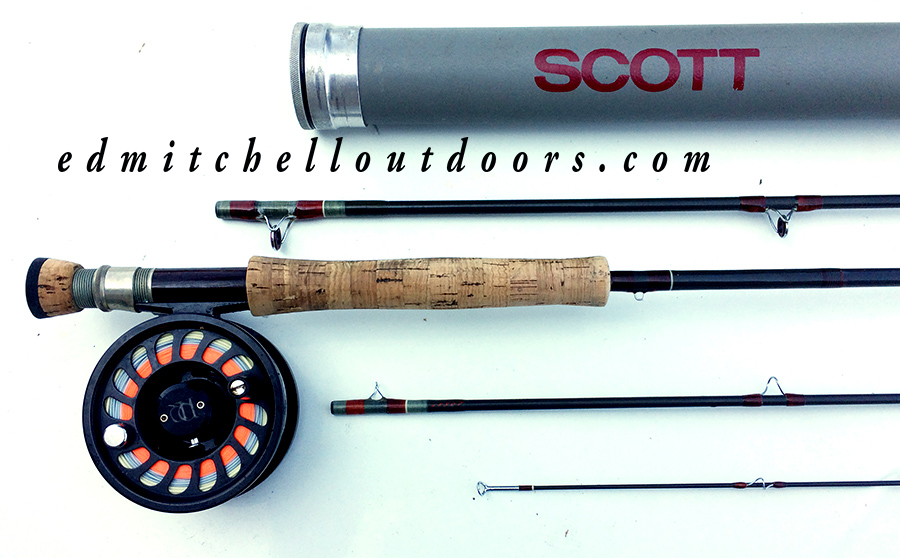 Years ago fly rod manufacturers took life at a slower pace, one in spirit with the soul of fly-fishing. A rod model would go on, and on. Scott’s original “G” series is a great example. Born in the mid 1970’s, they were in production, and hot demand for nearly three decades. (I believe “G” simply stood for graphite back then) Even today, anglers prowl the internet hoping to score a used one.  The original “G” series is legendary. I’m not kidding you.

Why are they so loved? For one thing, the quality was superb. Beautifully finished black unsanded blanks with great windings. Look in the picture above! Sweet. Gobs of workmanship there.  My”G” series rod also has a German silver uplocking reel seat, rosewood spacer, hard chrome stripping guides with agate-like rings, spigot ferrules, serial number appear on every section. Yes, there is a red dot for proper ferrule alignment. Even the rod sock is top notch, made from heavy weight, yet soft cloth. Now that’s attention to detail, my friend. And get this: I acquired this rod in the late 1980’s and even now, some 28 years, this original “G” series 4-piece, 7wt rod still looks fantastic.

More importantly, the original “G” series were silky caster. With a moderate progressive action, they are wonderful wands, offering superb control at short to medium range. (34 million modulus graphite) Scott had developed a way of testing individual rod sections so – when mated – they worked as a whole. They called it “Flex Rating”. And the ferrules were part of that smooth performance too. Back in 1958, Jim Green had revolutionized nonmetal ferrules with his tip-over-butt design, dubbed the Fenwick Feralite Ferrule. As innovative as they were, these ferrules were challenged in the early 1970’s by the internal (spigot) ferrule. This type of ferrule was less likely to produce a “dead spot” in the action; it looked better too. Win,win. 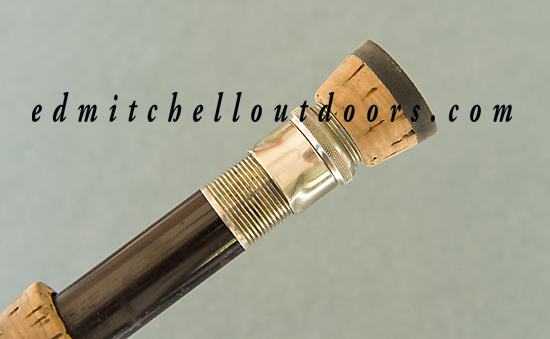 When you look at the whole package, it’s no wonder the original “G” series reached cult status. They’re “timeless” classic fly rods, as good on the stream now as they were then. I wish I owned a bunch. Anybody out there want to give me another one?

At some point down the road, I’ll post on some other “oldie but goodies”, such as Winston “glass” rods. Amigo, I have a slew of them including a Stalker. Want to check out a Diamondback Diamondglass  4-wt fly rod? And I also own a fine, contemporary “glass” rod I’d like to show you. It was made by Japanese custom fly rod builder Yasuyuki Kabuto. Hope you’re fishing. Hope you’re having fun!