Small Flies for Stripers?  Here in the Northeast, striped bass anglers most often reach for a 1/0 Deceiver. And why not?  Tied about 4″ long, it imitates a wide variety of forage fish. And in the previous post you found me tying just that, and a few much larger ones – in total, flies from 3″ to 7″  long. Good stuff. Gotta have it. 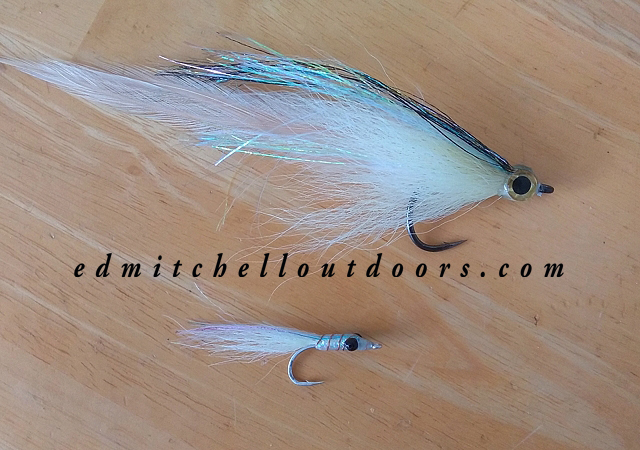 Now we all know that flies longer than 7″ work, but do flies smaller than size 1# deserve a spot in your fly box too?  Well last summer we had a oodles of tiny bait in Long Island Sound, more than I had ever seen. Likely caused by high water temperatures. And standard size flies worked poorly. At one of the shows I ran into an old friend Mark Lewchik. Mark told me he had some success using size 4# flies. Whoa! Really? So I’m tying a few up for this summer. Worth a shot. 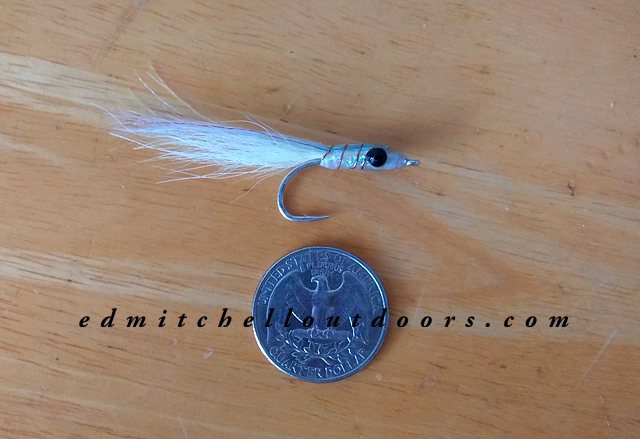 For the above fly I used a fair stout hook, a size 4# Mustad C70SD Big Game hook.  And it is tied in the same way I made sand eel flies a few posts back. But this is far from the smallest fly I ever chucked at striped bass. The smallest would be a 8# beadhead stonefly. Yes sir, a freshwater stonefly pattern. I put it under a strike indicator and drifted it in the current coming out of a cove off the Connecticut River. Bingo nymphing for bass. Surprised? Well, these were 16″ schoolies. But consider this: in their first couple years of life, all striped bass  up inside Chesapeake Bay eat aquatic macro-invertebrates such as caddis and mayflies.  And so they have that hardwired in, especially bass under 24″.

This entry was posted in Flies and Fly Tying, Fly Fishing in Salt Water. Bookmark the permalink.

2 Responses to Small Flies for Stripers?