A Look at Strike Indicators: Part One

A Look at Strike Indicators: Part One

Lets take a look at strike indictors. They are in widespread use, cheap, and very effective. They richly deserve a spot in your vest. Now I’m  going to limit our discussion to several popular types. These are the ones I have personal experience with. We’ll examine their “pros” and “cons” and perhaps get around to examining how-to rig them. Should be fun. But before we go any further, let’s tackle the 900 pound gorilla-in-the-room. Fly fishing purists love to bad-mouth indicators. Yes I agree, they have a right to their opinion, even though they’re flat ass wrong. May God save their wayward souls. Please ignore them. Onward. 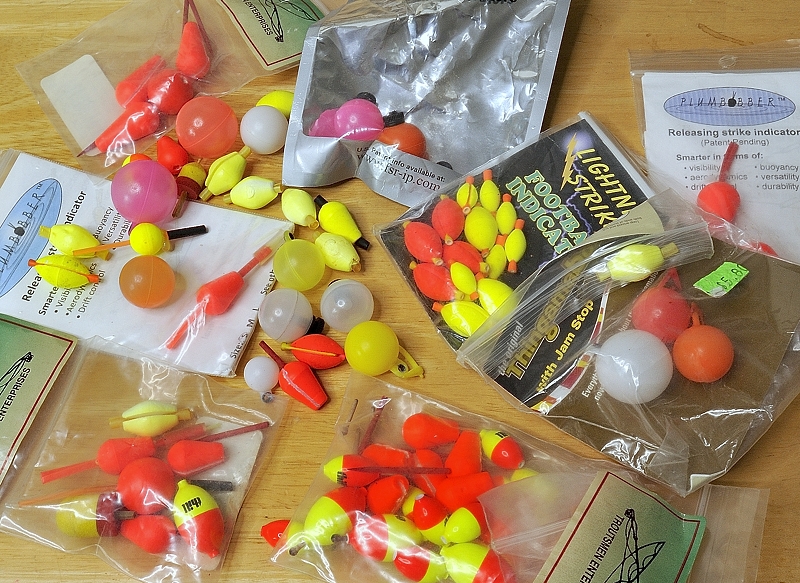 Here’s a pile of strike indicators. Well, I’ve been using them for over a decade, and hence the collection. Is it the world’s largest? Hope not. The first kind of indicator I ever used were the cork-and-toothpick style. You don’t see them much anymore. Almost never. But they were inexpensive, worked reasonably well, came in different sizes, slid up and down your leader, and were reusable. Sometimes the toothpick would tangle your leader, however. Or the toothpick would snap off.  And with most of them you had to remove the fly to put the indicator on or take it off. I’ll give them a “C-“.

The next style I used were the football shaped strike indicators. Initially sold as the “Fish Pimp” suddenly they became all the rage. Everyone had them. Easy to put on, easy to move up or down, and reusable. But they were a flop for one big reason. Without warning they could fly off your leader during the cast. Read fatal failure. Many a day I lost one or two. Or saw loose ones float by me, lost by anglers upstream. I’ll give them a solid “F”. 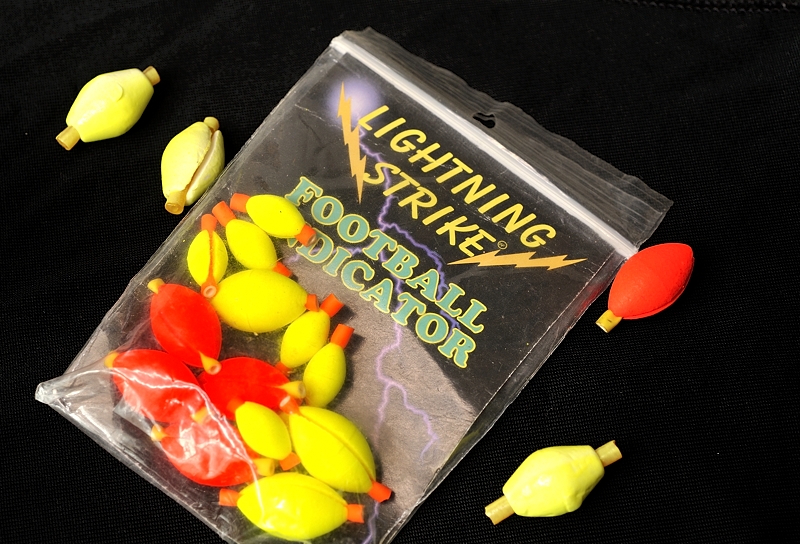 This entry was posted in Fly Fishing in Freshwater, Gear. Bookmark the permalink.