Today my luck was better. Caught a nice rainbow and dropped one; all on nymphs. No “Euro” style nymphing this time. I stuck with an strike indicator, a small nymph and one split shot about 18″ up the leader. (Maybe next time I’ll give you my opinion on various kinds of strike  indicators.) 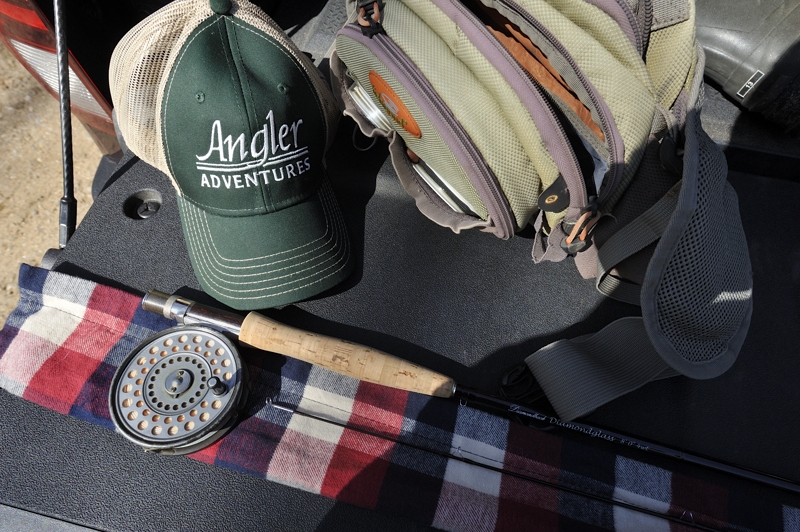 Which nymph did I pick? Yesterday I saw a few early black stoneflies come off in the warmest part of the day. Ummm? Obviously stonefly nymphs were active. Made beacoup sense for me to use a dark nymph in the 14#-16# range. Now I call them early black stones, but they may actually be early brown stones. Frankly I can’t be sure. Our country has over 500 different kinds of stoneflies in the order Plecoptera.  Regardless whether they are black or brown, however, we can treat them the same. Just know that early stoneflies are an important part of trout fishing in March. 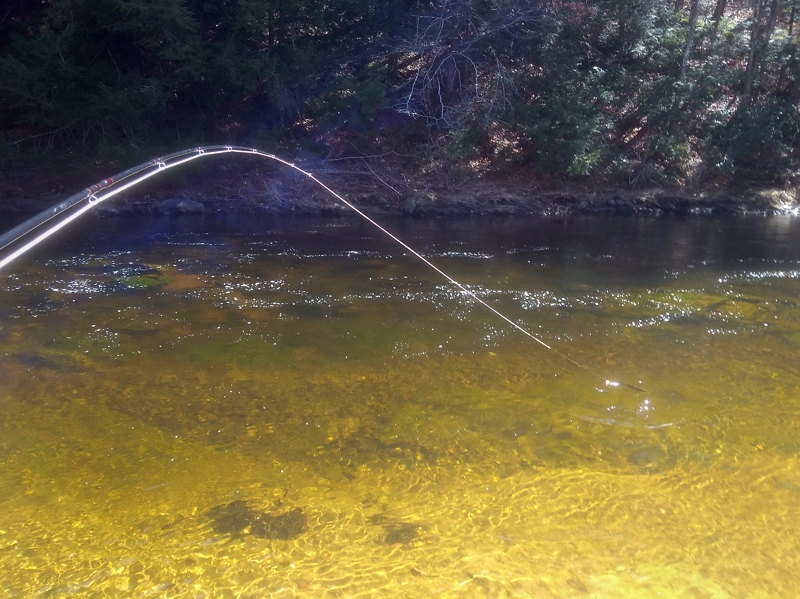 I snapped the above shot with my cellphone. Run your eye down the fly line and you may be able to see the fish. Its a small dark line angling downward. Tough to see, but a nice size rainbow.  Moments later I hooked and dropped a bigger trout on the same rig. After that the pool started filling up with anglers. Best to go back to the truck and have lunch. 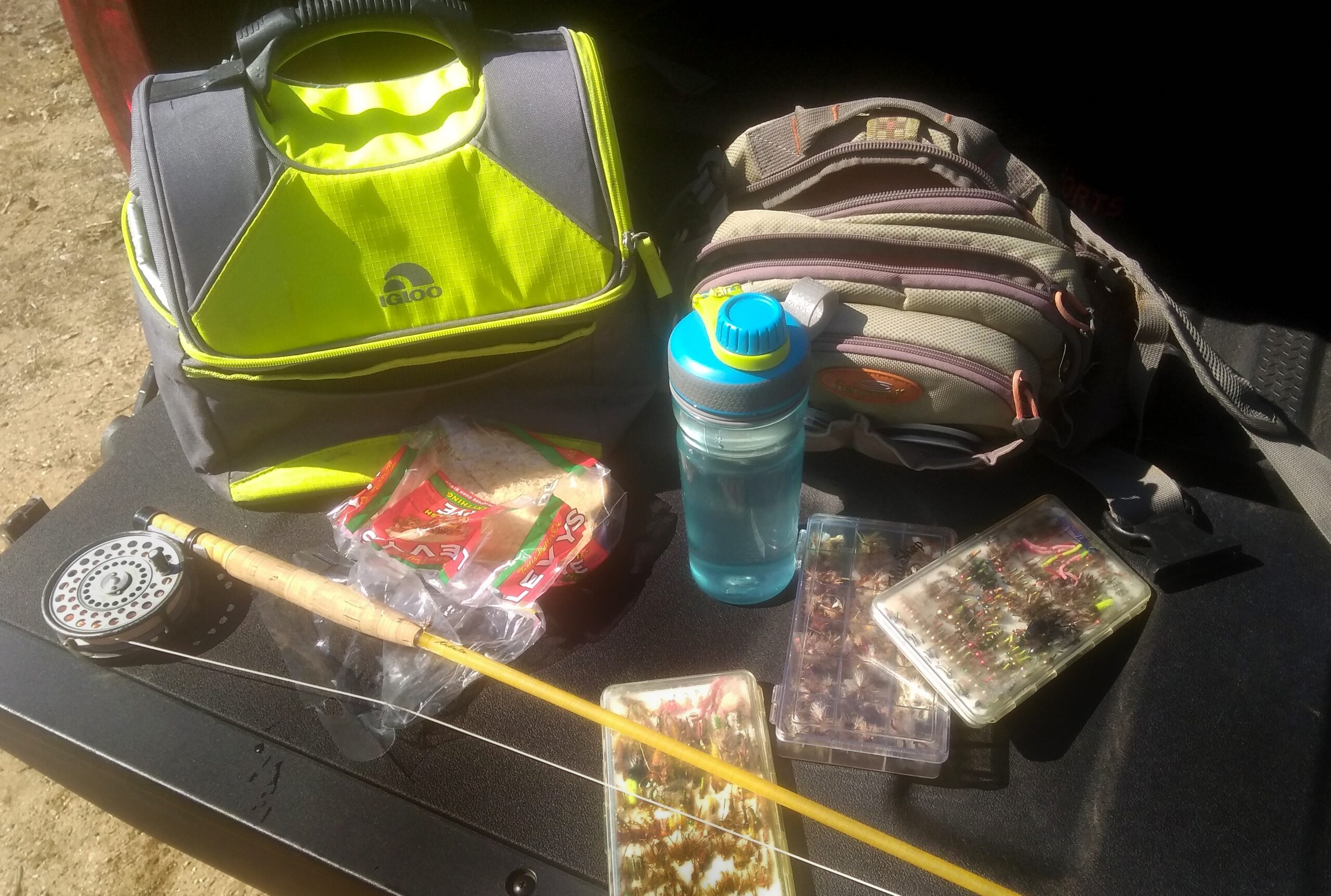