I got stung by a stingray

Well it happened; I got stung by a stingray. Damn. Yes, I should have been more careful. Circumstances got the best of me. Yesterday I was out at false dawn. And as soon as I arrived on the flats, I saw the wings of rays tipping the surface. They were everywhere. Mainly cownose rays I believe.  Apparently they had migrated into my area with the change of the season. 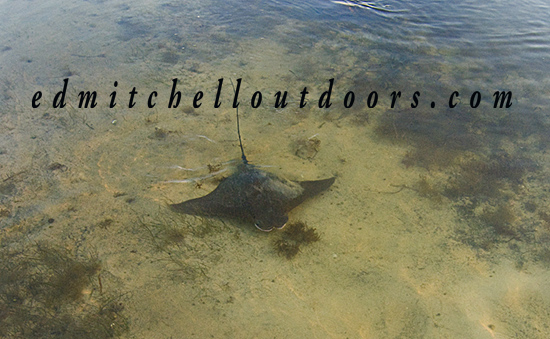 As the tide turned, I saw something else – tailing reds. Man, I was psyched. This was the first time I had seen them in a month. I grabbed my fly rod, climbed out of the kayak, and began inching toward them. But the flooding tide had brought dense fog too. So I was wading blind. Big mistake given the number of rays on the flats.

While moving into casting range, I must have brushed by a ray in the grass. It felt like a bee sting. After getting back in the yak, I saw the hole in my boot and realized what had happened. Hot water is the best remedy. So I called my friend Pete, who lives nearby, and asked him to meet me at the boat ramp with a pail of hot water. 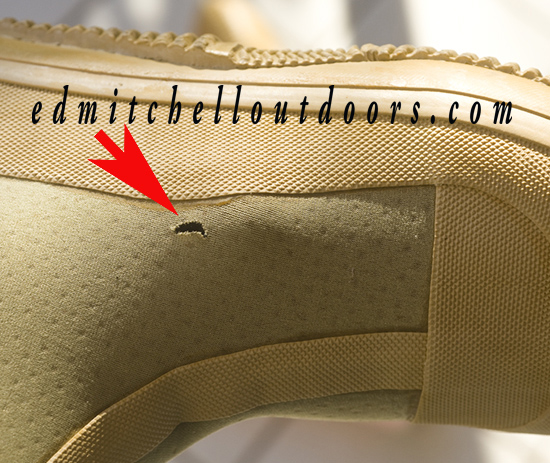 The hot water really worked. (Should be as hot as you can stand it) It quickly reduced the pain and caused the wound to push out the toxin.  I soaked for 2 hours, with several changes of water. After that I was fine. Fortunately I didn’t have any allergic reaction. That would require a trip to the ER. And I had no signs of infection either. Quite a morning! Quite a lesson! Thanks for the help Pete!