Fly-fishing for Jacks on the Flats

Some fish are special, tougher than the rest. And near the top of the list are jacks of all kinds. Power and edurance?  Believe me my friend, jacks have it in spades.

When  hooked in deeper water, they bulldog, digging down to fight you to the bitter end. Its an all out war. On the flats, however, its a different story.  With no place to dive, in the shallows a jack runs. And runs, and runs, and runs. Its an incredible display of raw energy. 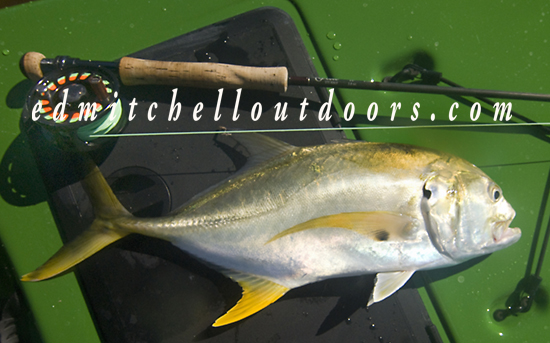 Fly fishing for Jacks on the Flats

Today I drifted the flats under a light northwest wind. Near a large sand hole, I got a terrific strike, followed by a run that made the fly line hiss through the water. That initial run was followed by several more in different directions of the compass. All in 2 foot of water. Soon this culprit was pulling the kayak in circles. It took me 4 minutes to land this crazy puppy on a 6 -weight fly rod. And this jack weighted a shade under 5 pounds! Now that’s tough!