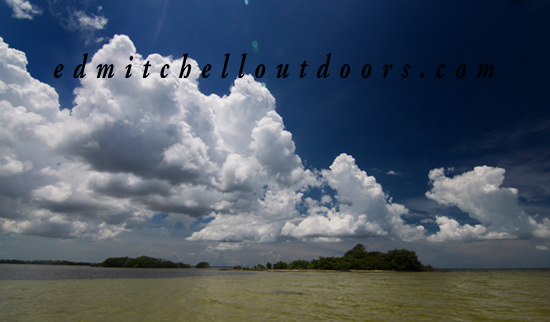 Saw something new today. I was fishing the sandbar about two hours into the ebb. The snook action had been fairly good on the bar, but I decided to turn and look inland. About 200 hundred feet away, along the edge of the grass bed, I spotted  a redfish tail waving to me. Great news!

After cutting off the streamer, I dug out a small Crazy Charlie from my pack, and tied it on. Then I waded over quietly. Fortunately for me, the fish remained in place, allowing me to get a good casting angle. As I prepared to cast I notice additional “tails” feeding in the same spot. 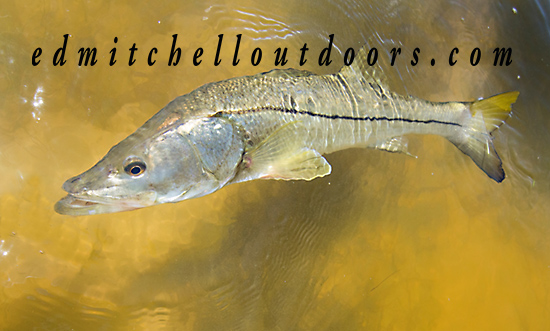 My first cast was short, but the second cast landed on the button. Bang! A fish took immediately, and torn off, causing the other fish to rip out of there. I figured I had a nice red, but I was wrong. It turned out to be a 27 inch snook!

Later I told my friend Dave about my “tailing” snook. He informed me that snook sometimes hover near “tailing” reds, hoping to grab anything the reds stir up. Dave calls them “hitchhiker” snook.  Made sense. I’m sure I saw a redfish tail, but what I had not seen was the snook hitching a ride!