Well, the wind have been  hellacious of late.  Whipping out of the northeast and now out of the southeast.  No way I dared launch the kayak. This morning NOAA even listed a rip current warning for my area. Surprise, surprise. Its a mess out there.

Luckily, Sunday morning I caught a boat ride with Dave. We left the ramp at 6AM. Yes, in the dark and yes, the damn wind was already honking. White caps, and breakers rolled across Charlotte Harbor. But we managed a few redfish. Dave got four and I hooked two. 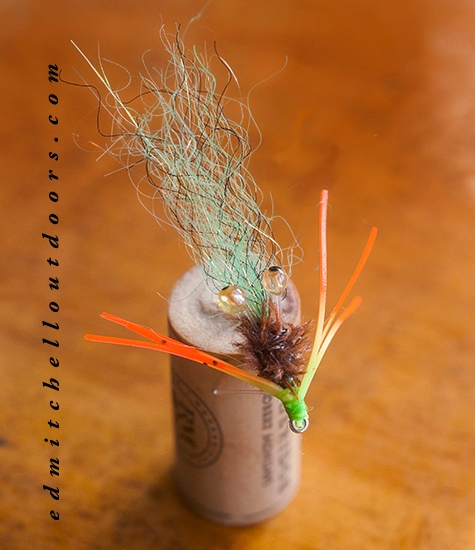 A negative low tide coupled with a night-long north wind had pushed huge amounts of water out of the harbor. The flats were wicked low, as low as I have even seen. Large sections were completely high and dry. And many other areas held only ankle depth.

Fortunately we did spot a couple of “tailing” reds in the deeper pockets along the sandbar’s inside edge. I hooked one, although it dragged the leader through the turtle grass and got off. Still it felt good to hook a “tailer”.

Later as the tide started to rise, we switched to sight-fishing on the sandbar. The water was murky and lumped up with the wind. So visibility was limited, but true to form Dave started hooking reds on a crab fly. He’s good. 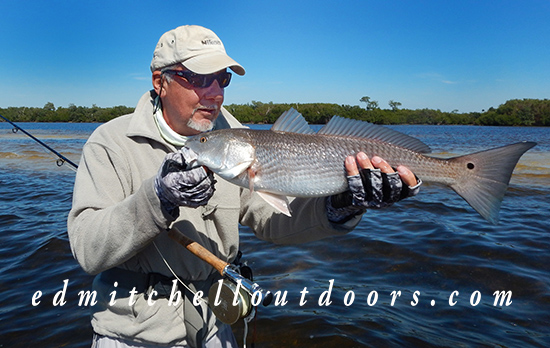 Redfish on a Merkin

Man, I struggled to see those fish. Believe me, it was tough. Thankfully Dave came over and helped me. With his assistance, I caught one on a Merkin crab fly. After that we headed home.

This entry was posted in Flies and Fly Tying, Fly Fishing in Salt Water, Tailing Redfish. Bookmark the permalink.