A Redfish on St.Paddy’s Day

Launched the Adios the other morning at 6:30AM.  Still dark and plenty foggy. Why so early in the inky dinky? I wanted to catch a redfish on St.Paddy’s Day. And we had a dawn low tide that promised to hold a few “tailers”.

As soon as I reached the flat I spied “tails” waving through the fog. Not many mind you, but hell I only need one. Right? Easing off the Adios, I crept forward with my trusty 6-weight and dropped an feathered offering nearby. Bingo, a red grabbed hold. Now there’s the luck of the Irish!

Unfortunately, after that, “tailing reds” became rarer than hen’s teeth. I only saw two other “tails” that morning and only got a cast to one. And that cast was instantly nabbed by a snook! My friend Dave calls them “hitchhiker” snook. They followed reds around the flat, hanging back in the shadows, ready to pounce on anything the redfish stirs up. 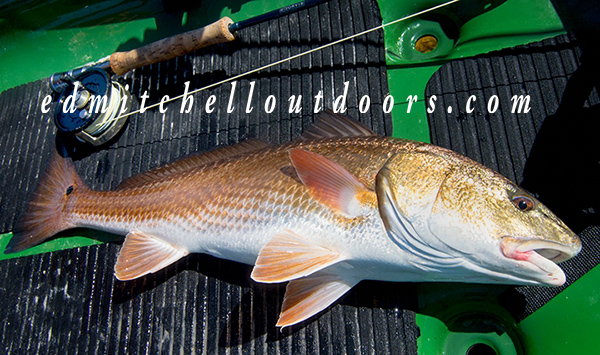 Later that morning, out on the sandbar, I tried sight-fishing for reds coming up on the flat with the rising tide. A group of three chunky reds, circled by me. Within thirty feet. Four minutes later they did the same. So I placed a crab fly in their preferred path and waited for them to reappear. They showed again, and as they swam up, I twitched the crab fly. One red inhaled it. Yeah, the Irish are lucky!