The “Sulphur” Hatch on the Farmington River : Part One

Part One: For many years, I was on Martha’s Vineyard in June, fishing for stripers on Dogfish bar. Those were memorable years, but as a result, I always missed the “sulphur” hatch on the Farmington River. Well this year it was high time to remedy that. So I’m spending a week fly-fishing this fabulous river, now known far-and-wide for big trout. Its finally time for me to see the “sulphurs” on the Farmington River.

So, this post will be the first in a series, discussing what I encountered during my week on the Farmington. We’ll look at the daily timing of the hatch, the size of “sulphurs”, how the trout behave during the hatch, what flies were effective, and what tactics worked. 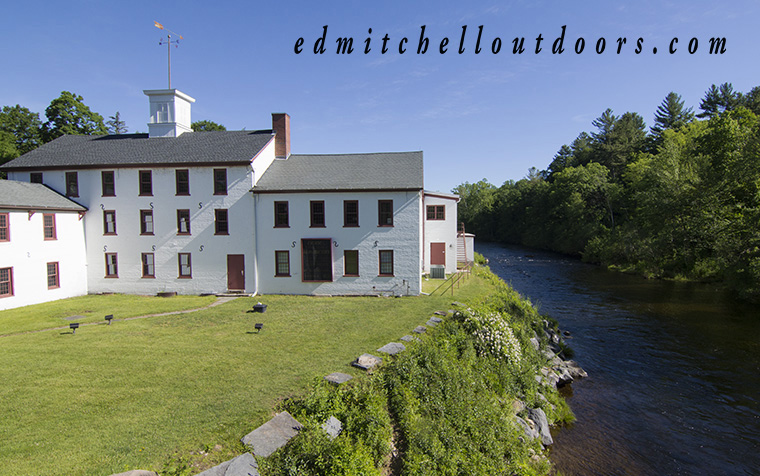 In case you’re unaware of this river, let me begin with some basic background. The Farmington is a tailwater fishery, the bulk of its flow originating from the Hogback Dam, which lies in northwest Connecticut right on the Massachusetts line. The dam’s bottom release ensures cool and clear waters, making ideal habitat for trout. After leaving the Hogback, the river meanders past the old Hitchcock Chair Factory, through tiny Riverton, and onward, bordered by two state forests. Miles later it reaches New Hartford, Pine Meadow, and the Canton line. These first fourteen miles of river are some of the most picturesque you’ll ever see, and were awarded Wild and Scenic status by Congress over twenty years ago.

Next the river runs through the gorge at Satan’s Kingdom as it cascades deeper into Canton, wandering into Collinsville and Farmington. These waters are, sometimes referred to as the “lower stretch”, receive less “press” and as a result less angling pressure, but don’t be fooled, they hold  fine fishing as well.

The Farmington River is home to several great hatches, but “sulphurs” rank as one of the finest. Typically, it comes-off in mid June as summer rounds the corner. Naturally, weather plays a role. Hey, it does in all forms of fishing. And the exact timing of the hatch depends on your river location. Water temperatures warm as the river runs southward. Consequently, the “sulphurs” arrive sooner in the month down in Collinsville, and then up in New Hartford, and eventually in Riverton. Hence you might want to think of this as a “movable feast” one that extends over a period of weeks, steadily ascending upstream towards the Hogback Dam.

The conservation ethic is strong here. Much of the river is catch-and-release, and you’ll need to mash down those barbs too. Given the emphasis on conservation, I’m going to opt not to drag fish ashore to be photographed. Releases will be done quick-and-easy midstream. But fear not, you’ll find plenty of pictures of Farmington River’s trout online, and you’ll see their monstrous size.

This entry was posted in Flies and Fly Tying, Fly Fishing in Freshwater, On the Road. Bookmark the permalink.