Yesterday morning I caught a boat ride with my friend Dave. We left the ramp at 6AM in the dark and headed up to a productive flat. The tide was scheduled to hit dead low  around 7Am. So we had a decent water levels to search for “tailing” redfish, the last of the ebb and the first of the flood  Weather conditions were in our favor too. After weeks of high wind, the air was still. 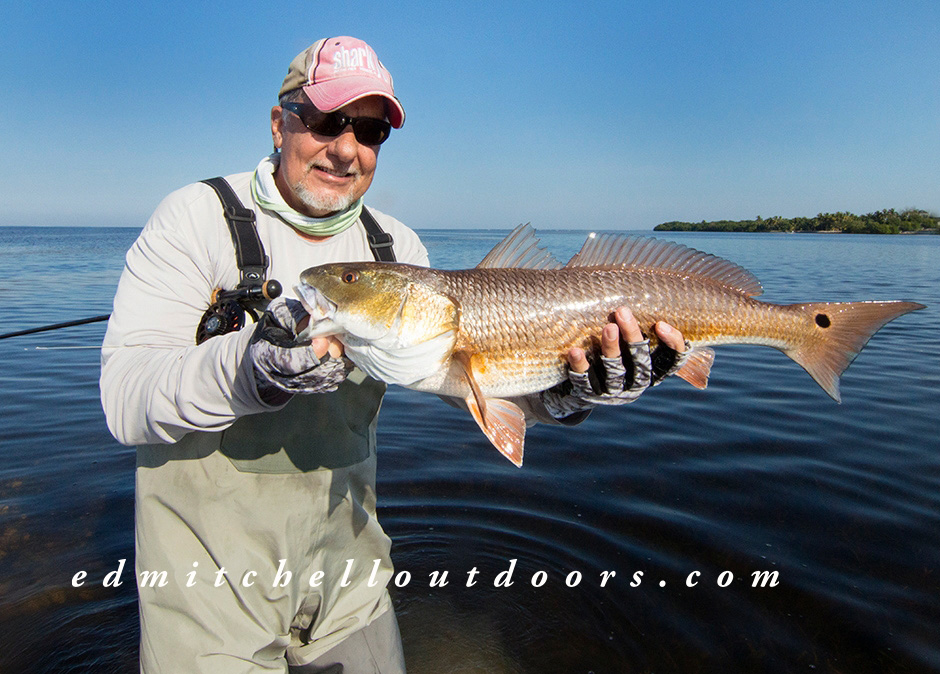 As usual things didn’t work exactly as planned. The first couple hours were a total bust. Not a single “tailer” showed. Disappointing. But later when the tide began to fill in the flat, things improved.  At that point I got lucky and spied a red feeding along the inside edge of the bar. Back lit by the low sun, it’s tail glowed electric red. What a sight!  And this fish was aggressive, swirling and chewing on something in the weeds. Likely a blue crab. By the time I got in place the tail disappeared, but a moment later it popped back up.  I dropped a fly near its head and the red slammed it. Hallelujha !!! 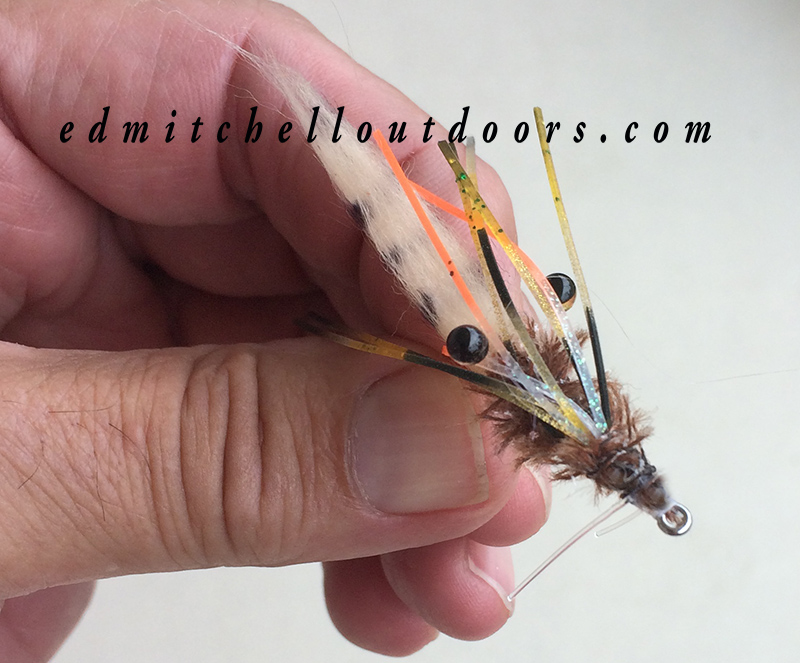 This chunky dude run twice into the backing, putting a big bend in my 6-weight fly rod. Strong red.  It measured 29″ and likely weighted about 9 pounds. Now that’s a good morning! What was the fly? An unweighted crab fly, similar to the one above.