In the previous post, I described catching a “tailing” redfish, my first red of 2017. Naturally I returned to the same spot, paddling my Adios out the following morning with high hopes. Sure enough, a “tail” popped up, immediately. I cast to it and bingo hooked a red. Nice. Upon landed it, I realized I may have caught the same redfish twice! 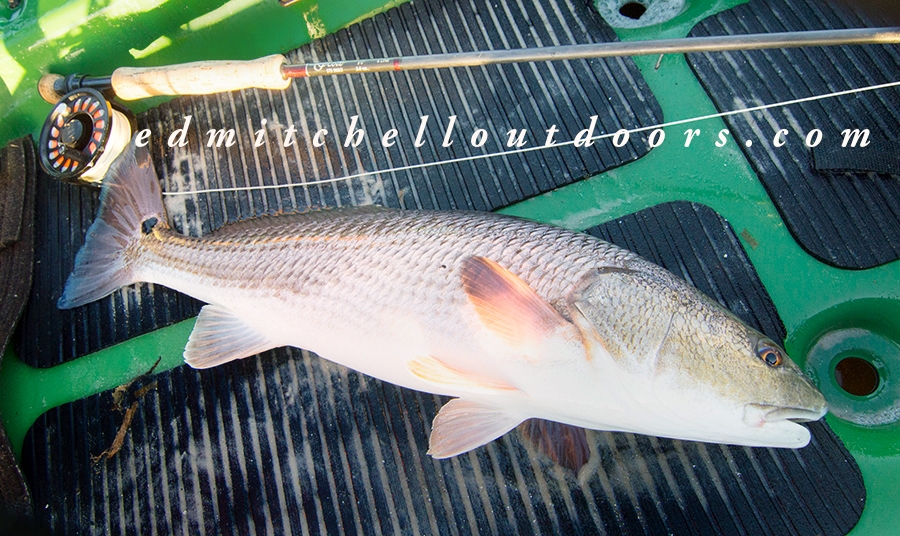 That’s right – same location, same fly, same redfish the following day.  Yes, the fish looks slightly different here, but perhaps that camera angle and lighting. Is it the same red? Not totally sure. Well if it is that does show that catch-and-release works; still everyone knows that. But it also shows that game fish are creatures of habit, often returning to locations where they were previously successful.  (I guess we anglers are too.)

Years ago when I fished the beaches of New England, I kept a log of my striped bass adventures. I noted – day of the year, time of day, the tide, the moon phase, and the weather conditions – included wind direction, temperature, sun, rain and so on.  Those logs proved invaluable. At the start of every season, I would read through them and make plans for the months ahead. Met a lot of stripers that way.