Diablo Deck Review: Part Two  In the previous post, I showed you a “Diablo Deck” I purchased from Diablo Paddlesports. When you stand, the “Deck” alone raises you roughly 4″ above the cockpit floor. Of course, to better spot fish we want to be much higher than that. Now the Diablo Paddlesports site shows us one solution. They suggest we attach a Yeti Cooler to the “Deck”. For example a Yeti 35 quart cooler strapped to the “Deck” would raise you an additional 15″. Great! But that cooler costs a pile of moola – $300, plus shipping and tax. Ouch. Not on my budget.

While wandering around Home Depot I found a cost effective alternative. It is a sturdy plastic tool carrier from Rigid. (I think it is called the Rigid Pro Box) Price? Not too bad -20 bucks. The box measures 13″ wide, by 22″ long, by 10″ high. It weights just over 4 pounds, and has folding handles on both ends. Flipping it over, I dropped it on the floor, and stood on it. It held my 215 pounds reasonably well. Nice. Took it home. 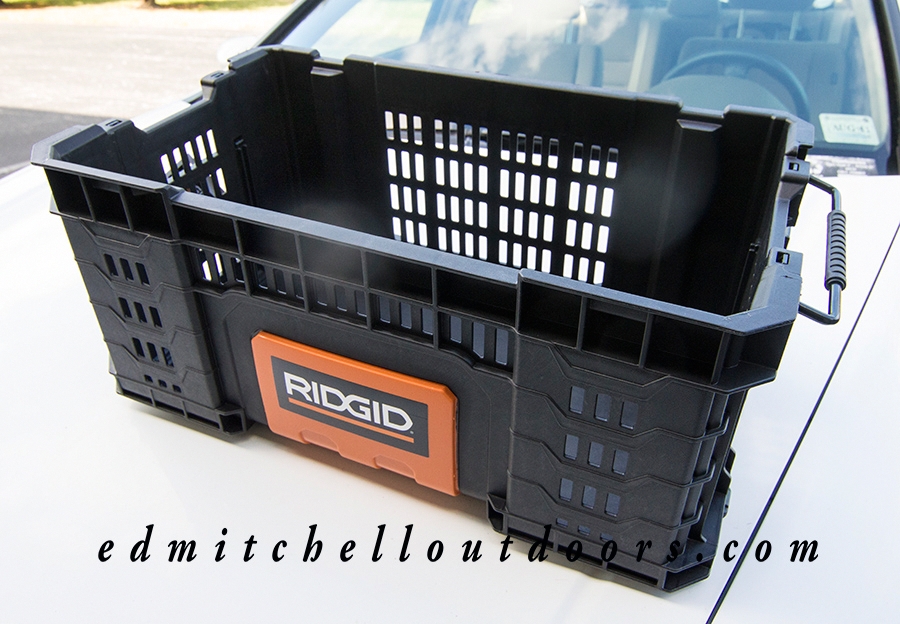 Here’s how it looks atop the “Deck” on my Adios. Not bad. It fit the space well. And the yes, the box’s handles make it a snap to secure to the “Deck”.  So far so good. 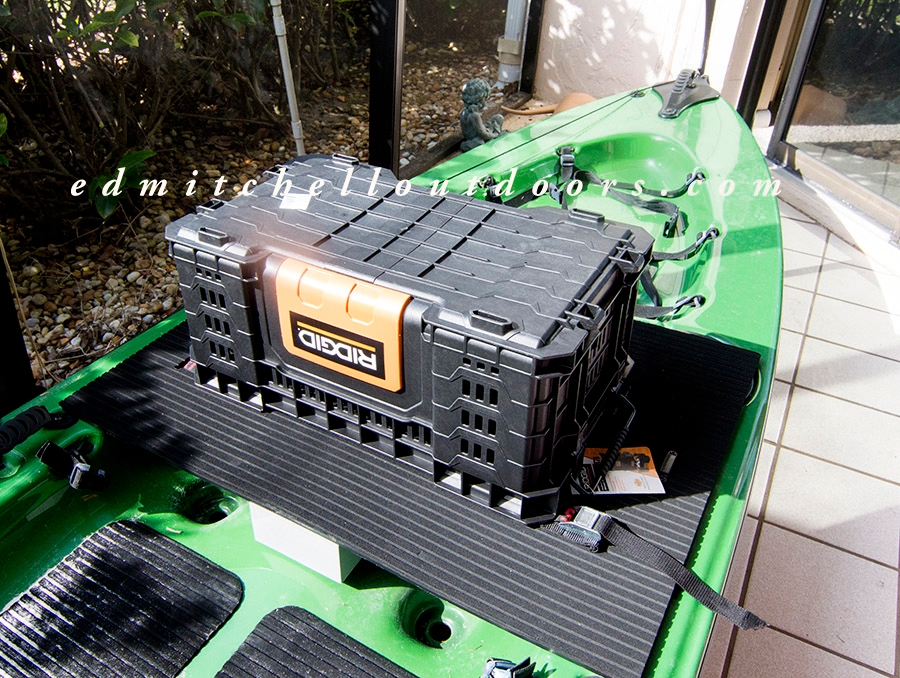 Rigid Box on the “Deck”

Now there were two small issue to address: The bottom of the box is uneven. Second, the dead center of the bottom was softer than I liked. To solve both, I went back and bought a 2’x4′ sheet of 1/2″ one side finished plywood. Cost $15.  My plan is to fashion a flatter, and stronger platform. Below you see my lines marked out. In the next post you’ll see the results. 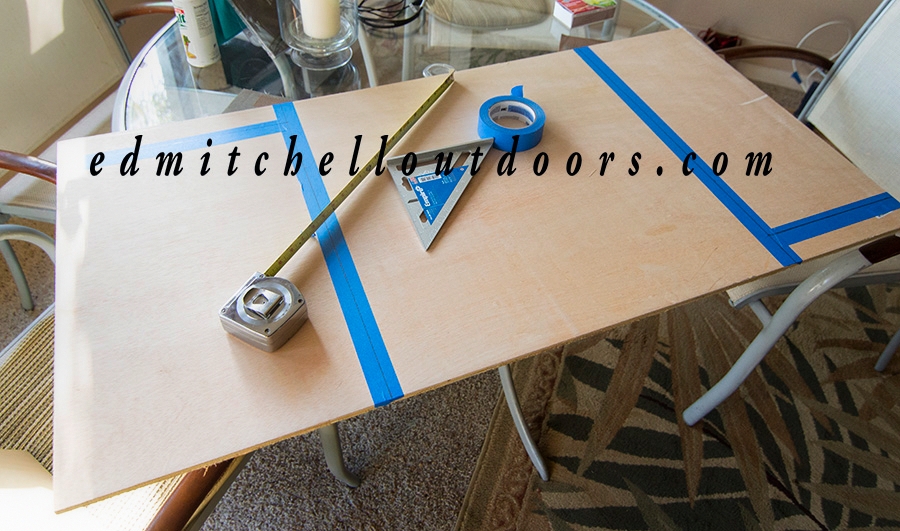 Plywood for a Better Platform

Before we move on, I should point out a modification I made. Not only does the “Deck” cover both 6″ rear hatches, it covered up a Scotty Flush mount I had installed sometime ago. Not wanting to lose that mount, I notched the “Deck” to accommodate it. Easy to do. See below. 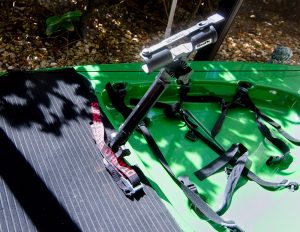 Scotty Mount notched into the “Deck”

This entry was posted in Diablo Adios & Chupacabra, Gear, Uncategorized. Bookmark the permalink.