Diablo Deck Review: Part One: For sometime now, I’ve been thinking about adding a Diablo Deck to my Adios. Why? I mainly fish flats. That means I’m “poling” most of the time. ( DYI push pole) Not only is “poling” far quieter, and more maneuverable, when standing up my ability to see fish is greatly improved. And the Diablo Deck would raise my eyes even higher off the water. Damn, I need every advantage I can get! 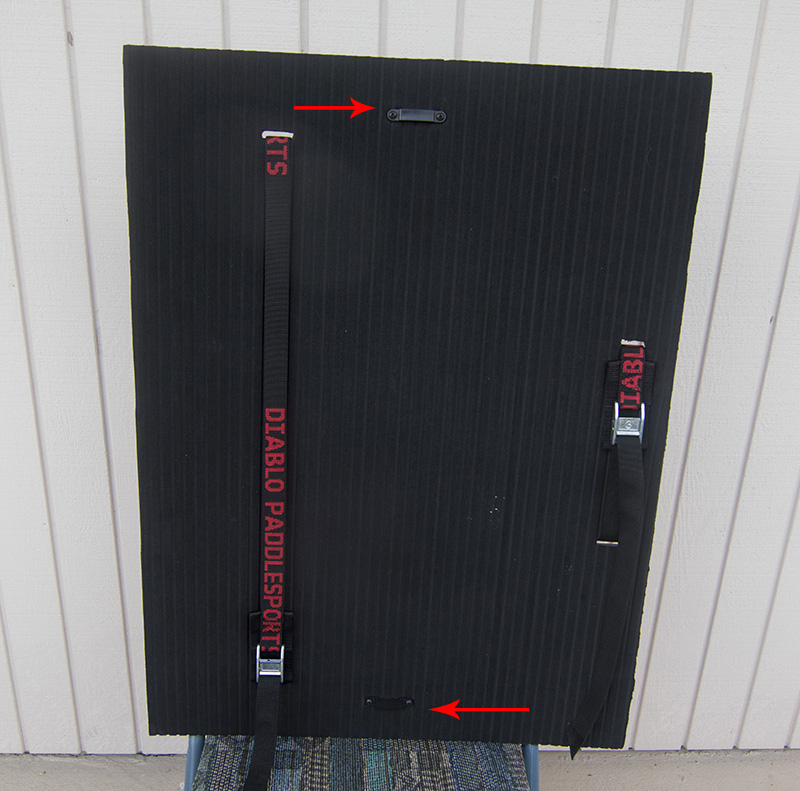 Well, I finally rang up Diablo Paddlesports and bought the Diablo Deck. So lets take a preliminary look. (In future posts will address the “Deck’s” on the water performance.) The “Deck” measures 32″ x 23-3/4″. It is 1/2″ thick and made of a hard plastic base with black foam traction material on top. (Appears to be the same foam that comes standard in the Adios cockpit.) To my eye, overall the product seems well-made. It weights about 8 pounds, and is secured to the Adios by 2 belts. These are positioned to take advantage of existing anchor points on the kayak. So there is no need to drill any new holes. In fact no tools are required. (Needle-nose pliers would be handy to pull the belts through the anchors.) Easy install.

In the above photo, note the small red arrows. I added them to show 2 anchor points on the “Deck’s” upper surface.  These are ready for you to lash down a cooler or other device  of your choosing. (The Diablo website shows a Yeti cooler installed) Yes, both anchor points are very low and small. Ummmm. Perhaps that’s to avoid them being a tripping hazard. Not sure. 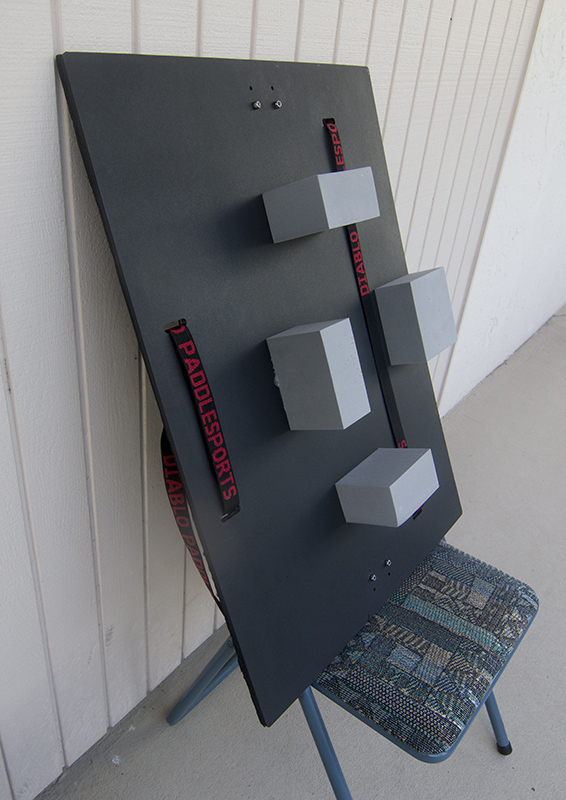 This next photograph shows the underside of the “Deck”. Here there are 4 thick foam blocks. These are cut to the correct height so as to transfer your weight down into the Adios’ cockpit. If you look closely you’ll also see 4  silver nuts that hold down the cooler anchor points. I’ll likely swapped these out for longer screws and washers.

If you regularly use the Adios’ 2 6″ round dry access hatches, here’s a warning. The “Deck” covers both, making them unusable. And it also covers both cup holders as well. C’est la vie my friend.

Okay, I bet you’re wondering whether I’ll buy that big Yeti cooler and lash it to the “Deck’? Man, them Yetis are expensive! Frankly I’m holding off on that, at least for the moment. Perhaps I’ll find a cheaper solution. We’ll see.

This entry was posted in Diablo Adios & Chupacabra, Gear. Bookmark the permalink.