The good tides are returning. By Sunday they will arrive, and if the winds cooperate and the storms stay silent, it will be again time to stalk the flats for “tailing” reds. Love it. While I wait for the moon, however, allow me to digress to an elixir every man appreciates –  good whiskey.

Note I said whiskey with an “e”. Its not that I have anything against Scotch whisky, but the word is more often spelled with an “e” across the planet than without. Hence I have simply sided with the majority.  By preference I like bourbon, especially Knob Creek. Four Roses makes some very nice ones was well. Try their Small Batch. And there are others good ones too. Conversely Jack Daniels is found everywhere too yet is a poorly made American whiskey often mixed with Coke Cola to hide the flaws. But rather than go on about bourbon, lets cross the pond to discuss the virtues of a fine Irish whiskey.

A favorite of mine is Redbreast from County Cork. It is expensive, costly enough that I rarely have it in the house. A shame that. There are a several variations of Redbreast available, but in this post I refer to Redbreast 12 year old. Made in copper pot stills, it is, like all Irish whiskey born of both malted and unmalted barley and then triple distilled. (To my knowledge triple distillation is rarely done outside of Ireland.) Next it comes of age slowly in sherry oak casks, resulting in a wonderfully smooth whiskey of the highest order, a sensual delight on the palate, smooth, gentle, buttery, apricot and honey-like.

In closing, permit me to add this thought. Many aficionados feel adding a splash of water to a good whiskey is a mortal sin. Let them live in error if they must, but science has shown that a dash of water actually helps release the favor of a whiskey. How can that be? Well the flavor molecules are bound to the whiskey’s alcohol. The splash of water allows more alcohol to rise to the top of the glass bringing the flavor with it. Nice. Ice? Another mine field. But an ice  cube just adds water slowly permitting the whiskey’s favor to evolve in the glass over time. Drink up my friends. 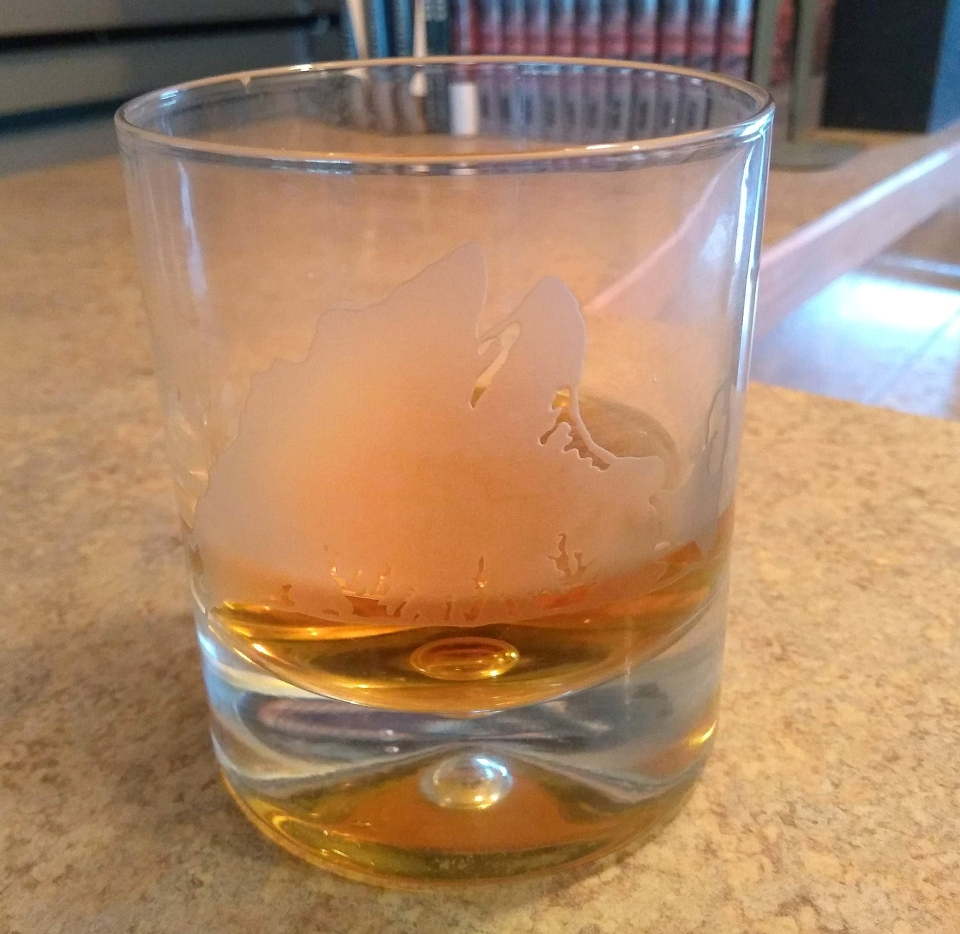 This entry was posted in Firewater. Bookmark the permalink.