Preventing a Streamer from Fouling

Yes my hard drive is still alive! Got a new one coming. Fingers crossed.

One of the most annoying things on the water is discovering after many casts that your fly is fouled. This is especially a problem at night because you may not discover the problem for a long time. Ugh, hate that.

Streamers foul for several reasons. A long, unsupported wing is the culprit most times, especially with flat wing style streamers. Windy days contribute too. Hitting something on the back cast might do it as well. (Note that cheap store bought Deceivers, like the one below, are poorly constructed and notorious for fouling.)

There are several ways to prevent fouling. Lets take a gander.  At the vise you can make a few extra wraps under the wing to support it. This is easy and works much of the time. With Deceivers be sure to make a nice full collar of bucktail up front by the eye. That’s critical. A weed guard reduces fouling too. But I like the method shown below, for a couple of reasons. 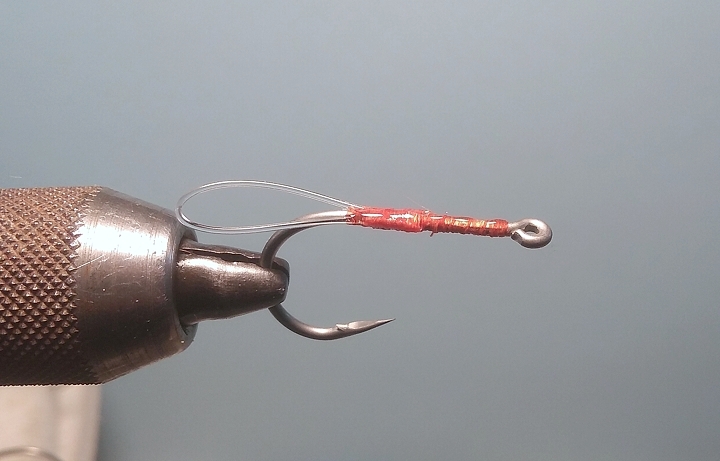 As you can see I tied in a mono loop at the bend of the hook. Typically I use 25 or 30 pound mono on bigger streamers. This mono loop can be put in place either before you tie in the wing or after. Both ways work. Pick the one that suits you. I usually tie it in after the wing is on the shank. In the photo above, obviously  I tied it in first and with red thread so you can see it. After that I dropped a wing on top of the loop. 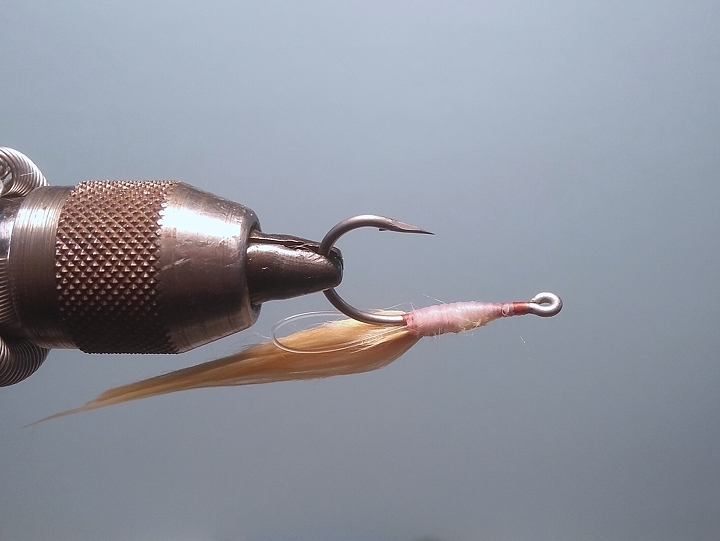 The loop is quick to tie in and does an excellent job of supporting the wing, as the above photo shows you. It also has other advantages. Should you wish to tie in a second fly behind the first, the loop supplies a place to do that. For example you might put a large streamer behind a small one to look like a predator chasing a prey. And if you’re encounting short strikes, the loop also gives you a spot to tie in a stinger hook. Good luck on the water.