Are Menhaden Making a Comeback?

Are Menhaden Making a Comeback?

Many years ago menhaden were prolific along the shores of Long Island Sound. So abundant that mass die offs occured in some back bays due to low oxygen. I kid you not. That all changed in 1993 when the menhaden population in Long Island Sound crashed. And not surprisingly, here in Connecticut, our fishery was dramatically altered.  After all menhaden are a critical part of the food chain for both bass and blues. Bluefish responded by moving offshore. And stripers began migrating up the Connecticut River to feed on shad and herring.

Menhaden in the Lower Connecticut

Since then menhaden have returned to Connecticut shores in some years, but unfortunately never like the good old days. That maybe about to change. Yesterday I saw a large number of adult menhaden in the lower Connecticut River. Are they making a comeback? Maybe. Sadly there were no bass or blues feeding on them. Both of those populations are not in poor shape. Still the presence of menhaden (bunker) is a positive sign for the future of our fishery.

Stock assessments show that menhaden are doing fairly well. In part that is likely due to the lack of predation by bass and blues. And I have to think the legislation myself and many others worked on to push the commercial reduction fishery out of Northeast water is also a contributing factor. So damaging was this reduction fishery it was literally causing localized extinctions in our waters. One day we had menhaden, the next day they had all been netting and shipped out-of-state. Crazy shit. 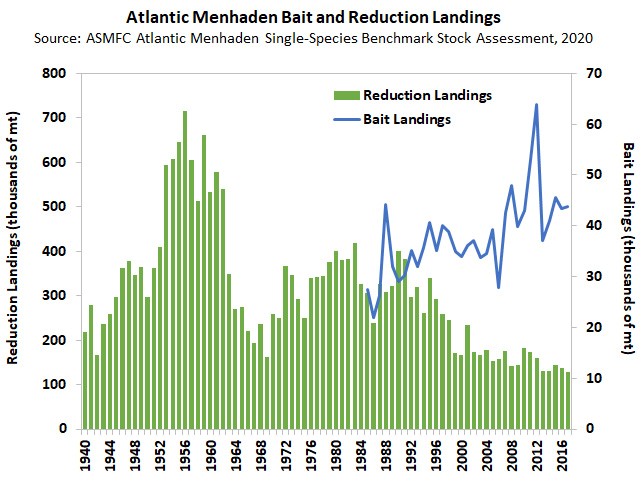 As you can see in the above chart the reduction fishery has declined since its heyday. And the following charts will show the menhaden stock is healthy, although reproduction is not that great. Still I’m optimistic menhaden are rebounding in our water. 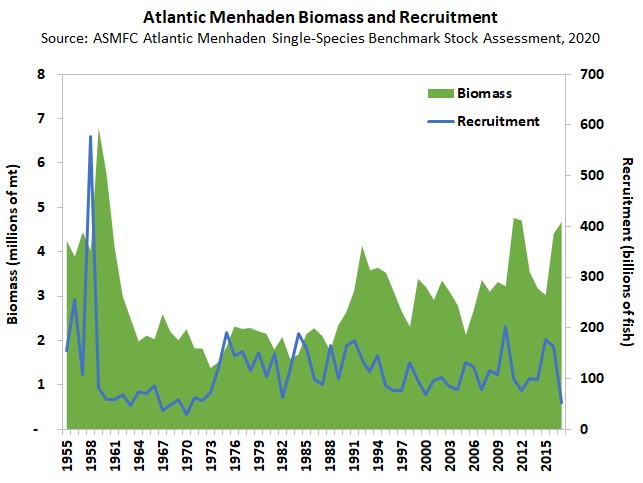 2 Responses to Are Menhaden Making a Comeback?