A Renaissance in Irish Whiskey

A Renaissance in Irish Whiskey:

Well in all the my blogging years, I’ve mentioned whiskey only once or twice. But here in the midst of winter and the midst of a pandemic, a sip of whiskey might be the right tonic for your soul. No, I’m afraid we will not be discussing bourbon, scotch or rye for that matter. Rather we’ll be heading to a magical island, at times, called Éire.

The Irish invented whiskey long before its appearance in Scotland. And for many years it was hailed as the finest in the world. Who can we thank for the birth of Irish whisky? Those clever monks who first arrived around 500 AD. They were learned people who taught not only God’s word but art, crafts, poetry, and writing. All from dark stone monasteries in places such as Skellig Michael perched atop a tiny rocky island soaring 700 feet above the sea.

In more modern times, a series of calamities struck, which we will not go into, and Irish whiskey’s prominence faded. Sad but true. In recent years, however, Irish whiskey has undergone a renaissance. A number of new distilleries now grace the emerald isle, all aiming to return Irish whiskey to its rightful place. Thank the lord, and pass me a dram. 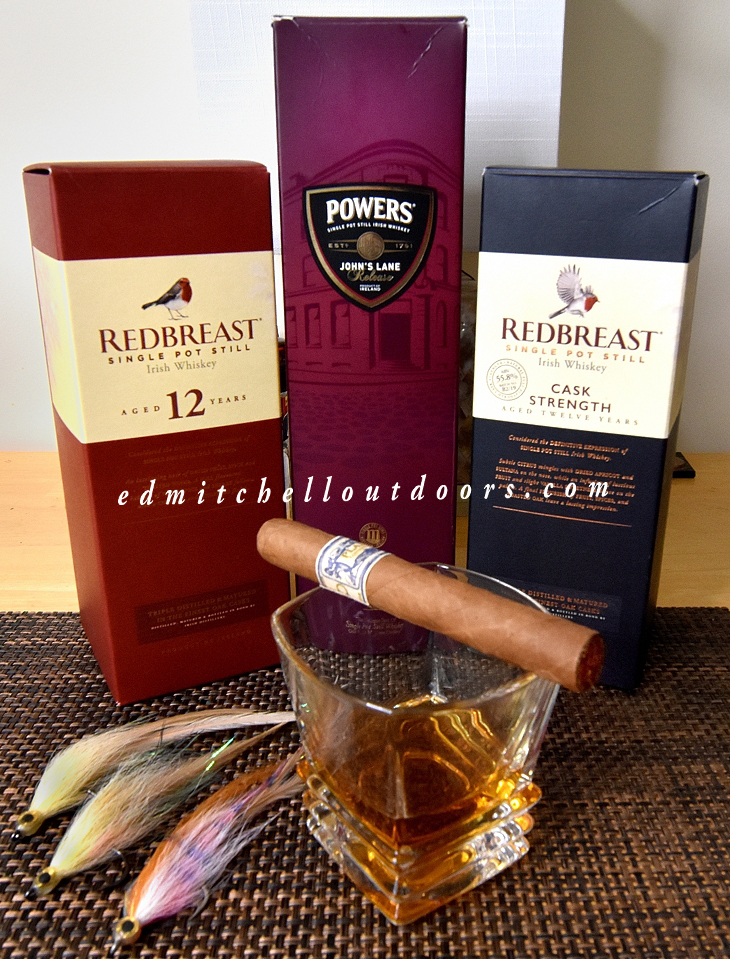 A Renaissance in Irish Whiskey

When most folks think of Irish whiskey they think of Jameson. Understandable. Jameson is the most widely distributed Irish whiskey in the world and as well as one of the most well-known whiskeys on planet earth. While not bad – easy to find, economical, and perfect for folks unaccustomed to whiskey – Jameson doesn’t deliver the true character of Irish whiskey. For that, my friend, you must search elsewhere.

Care for a few recommendations? If so, allow me to offered three. None are cheap, after all they take a decade or more to make. All are single pot still whiskeys, triple distilled, from both malted and unmalted barley, and often finished in Oloroso sherry casks to deepen the flavor. With a velvety, buttery viscosity, they linger long on the palate delivering a rich spicy finish with hints of pepper, ginger and apricot. Ready? They are Redbreast 12; its full strength version Redbreast Cask Strength, and last but not least the fine John’s Lane from Powers. All are sipping whiskeys, mind you, meant to be slowly savored, in small amounts, on the tongue. Perfect by the winter fireplace or sitting at your fly tying vise. Yes, a drop of water in your glass is allowed, if you must, or a small ice cube. Never anything more than that. Sláinte mhaith!

This entry was posted in Firewater, Ireland. Bookmark the permalink.