Get a kick out of those Mustad size 32, gold plated hooks? Crazy stuff. Best I know, they’re the smallest freshwater hook ever made. Well, this time around my fly tying box coughed up something at opposite end of the scale. A Partridge “Carrie Stevens” size 2 streamer hook. 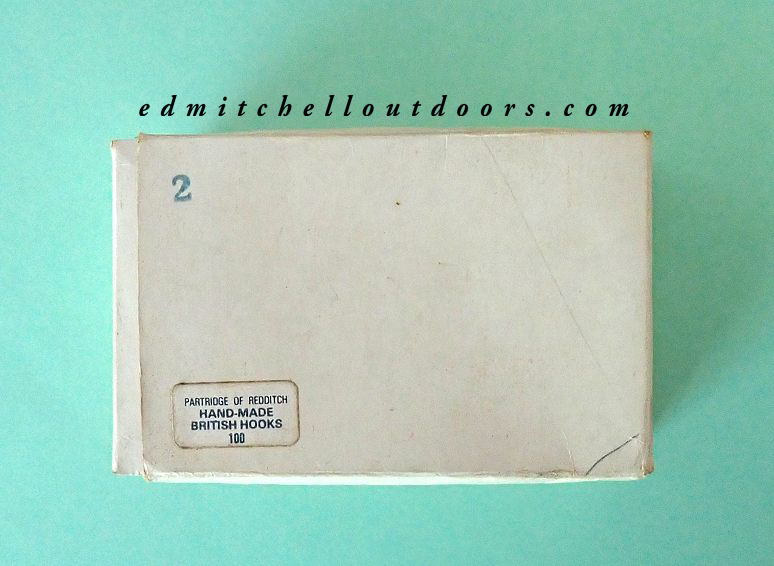 No longer in production, this hook is now something of a collectible. And it is still much sought after by serious exhibition tiers desiring to make trolling flies in the fashion that legendary Carrie Stevens (1882-1970) did long ago on Maine’s Rangeley Lakes. Stevens lived near Upper Dam which separates Mooselookmeguntic Lake from Upper Richardson Lake. There she became world famous for her flies. In case you are unaware, Carrie Stevens is the creator of the Grey Ghost, among several other streamers patterns.

The hook is handmade in England by Partridge of Redditch. It is on heavy wire and the shank is 10x long! Why such great shank length? Stevens wanted a long trolling fly, but she did not want the wing to extend far beyond the bend. Landlock salmon are notorious for short-strikes. By extending the bend all the way back to the end of the wing, it reduced that problem. Trolling flies tied on more conventional length hooks frequently carry a stinger hook for the same reason!

This is a beautiful hook on heavy wire. It has a down-turned looped eye. (Such as you find on a Mustad 9575). Personally I find a looped eye makes tying in material at the head easier. It also has a Limerick bend, the strongest kind and very desirable for large fish. The hook is barbed. The finish is bronze and the hooks came wrapped in a special paper to prevent rust. All is top notch. 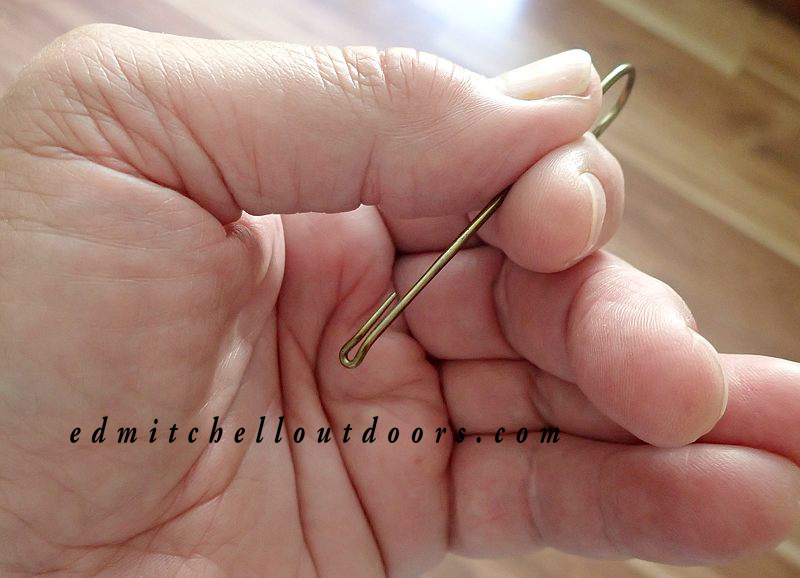 If you are interested in owning this box of hooks, or those Mustad 277 size 32 hooks, please contact me. Sold by the box only.