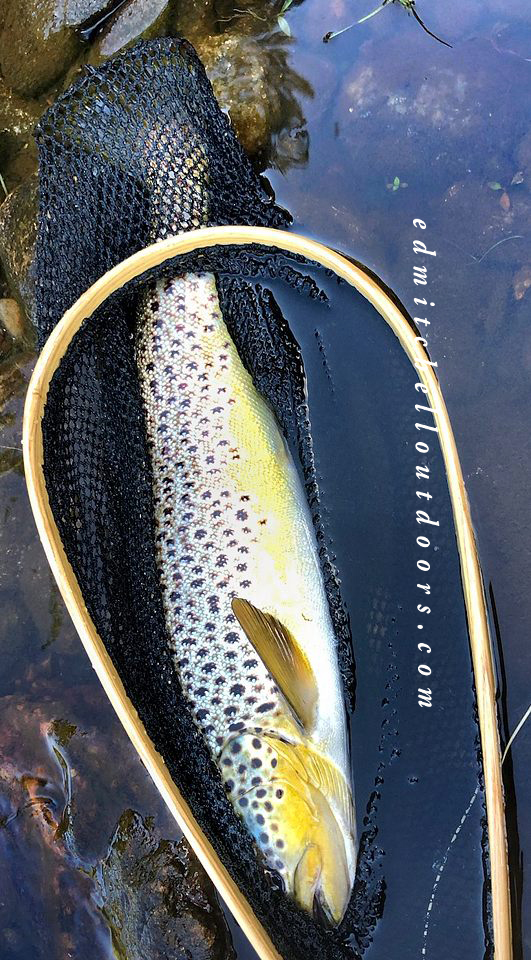 My friend Dave got himself a nice 18″ brown trout. No this isn’t famous the Dave I speak about all the time – the redfish king, down in Punta Gorda. This Dave lives here in Connecticut.

Anyway this Dave was up on the Farmington River in New Hartford, a few nights back. He tells me the fishing was slow until the light faded. Well we have all seen that scenario. Dusk and dawn are frequently the best action, especially as summer comes on.

In the ebbing light some fish began to rise. So Dave tied on a small yellow spinner. Bingo he latched onto this beautiful 18″ brown trout. Fought well. Nice going Dave.

Notice anything about this brown’s coloration Its silvery with only black markings. No obvious red or orange spots. A bit unusual, I’d say.

Over the years, the State of Connecticut has stocked several different strains of brown trout including – Cortland, Bitterroot, Rome, Seeferellins, and more recently a “Survivor” strain from holdovers in the Farmington. 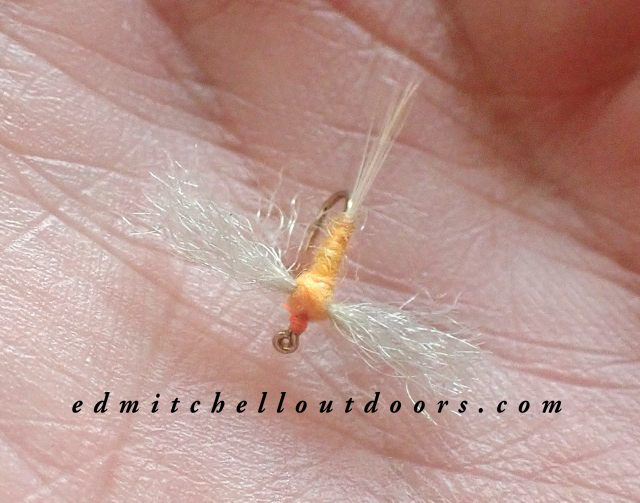 Which strain does this trout look like? Well the Cortland fish have big red spots ringed by blue. And the “Survivor” is similar. I’m inclined to cross both of them off. Romes I’m unsure about. But both Bitterroots and Seeferellins are silvery with black spots. May look like we have it narrowed down, but Seeferellins are mainly stocked in lakes. And to the best of my knowledge Bitterroot browns aren’t stocked anymore. So I guess it will have to remain a mystery.