Spotted Seatrout save the Day

Ok, ready for some excuses? The wind has been keeping me off the water. And when I do get out the fishing has been poor. Not sure whats going on. Perhaps its just me. Perhaps its the high pressure we have been under the influence of for a week. Along the New England coast, high pressure in the spring is a killer. Maybe its the same down here. Not sure. 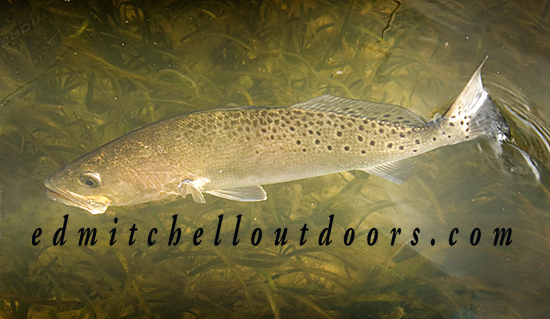 Yesterday morning the wind was down. So I got out and caught some spotted seatrout. “Trout” often save the angler’s day in Charlotte Harbor.  They bite readily and are easy to find. Unfortunately, “trout” run on the small side in these waters. A 15 inch one is a keeper. And a fair percent of the fish you hook are under that. Told you they were small.  The one in the picture is 18 inch and would be considered a bigger “trout”.  Too bad they don’t grow larger like they do the east coast of Florida.

This entry was posted in Kayak / SUP Fishing. Bookmark the permalink.