The Flats were Dead Today

On my home flat, some spots are better than others. No surprise there. Where the habitat is best, the fishing is best. Right? That said, on any given day you still can’t predict with 100 percent reliability where the bite will happen. It might be a 150 yards to the north of you. Or it might be 450 yards, or two miles, to the south. Yes, fish swim. And because of it, anglers must be ready to move too. 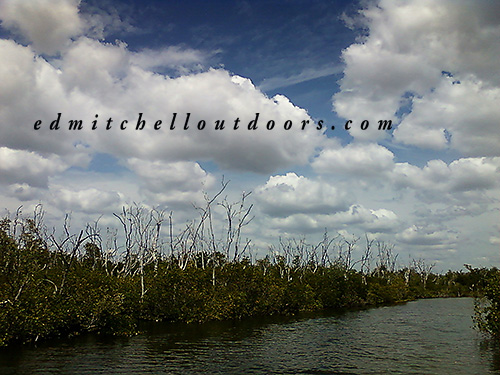 The Flats were Dead Today

There are also days when an entire area lights up. You bail fish in your spot. Figure you have solved today’s puzzle, only to learn back at the boat ramp that other anglers in other locations did equally well. These widespread bites often occur either just before a front; or when environmental conditions suddenly improve after a long spell of bad weather.

Lastly, there are times when the flats go dead for miles. Today I poled about two miles to the north, hoping to see “tailing” reds. Conditions were fair and the tide was right. Zero “tails”. Disappointed, I turned around and slowly worked back south. Still nothing. In fact, during today’s 4 mile journey I never saw a single fish of any kind. Wow.

Back at the ramp, as I was taking out the Adios, a commercial mullet man pulled up. Immediately, he inquired how the fishing was. I said “terrible”. He shook his head. He then told me he had traveled 7 miles to the south, and saw only one small fish the entire distance. The flats were dead today. And I have no idea why.