The Flats on Deadman’s Cay

The flats on Deadman’s Cay were very shallow, very clear, with mainly light-colored bottoms. Thick turtle grass, or areas of heavy coral, were notably absent. All the flats were dotted with tiny mangrove islands, varying from 30 feet long and 3 feet wide to more than twice that. Bottoms were fairly firm, making wading easy, although you occasionally hit soft spots.  Typically this meant extricating one foot, and was never a huge deal. 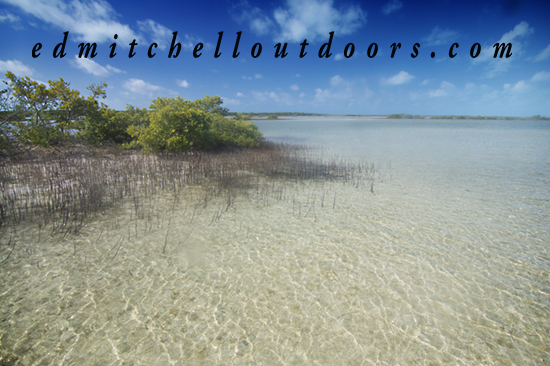 A Flat on Deadman’s Cay

The flats  we fished typically ranged from ankle to mid-shin or so deep. Given the “skinny” conditions, it was relatively easy to see “bones” and even easier to spook them. Wading slowly and quietly was mandatory. By slowly, I mean barely moving. Failure to do so alerted “bones” to your presence a long way out. You have been warned. 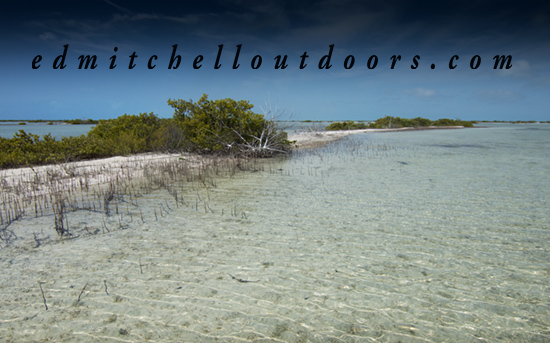 In the deeper sections between the mangrove islands is where you were most apt to see cruising schools, particularly on the first hours of the incoming.  These fish tended to be aggressive. During the final hours of the ebb, on two occasions we saw schools of bones “circling” in a deeper area, awaiting the tide. These “circling” schools stayed a considerable time, affording you several shots. And even when spooked they would return minutes later. On rising water, feeding “bones”, including “tailers” were often very tight to the islands, sometimes right in the roots system.

In Part 4 we’ll cover flies, and equipment next

This entry was posted in Bonefishing, Fly Fishing in Salt Water, Looking Downward. Bookmark the permalink.

2 Responses to The Flats on Deadman’s Cay