Back on the Florida Flats

This morning I got back on the Florida flats. It was a beautiful day, with a low tide around 9AM. Wind from the southeast. I wasn’t able to catch many fish, but I saw quite a few. That’s a great sign for the days ahead. 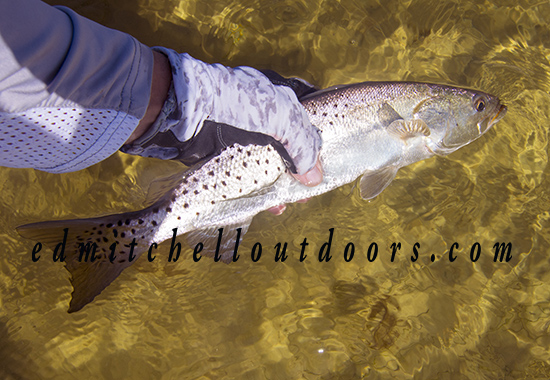 While poling the Adios north, I spooked two schools of reds. Nice sized fish too. Both schools were in the same general vicinity, laid up in skinny water along the sandbar, awaiting the flooding tide. Never even got a chance to cast to either school. That’s fishing.

Later I caught and released a nice spotted sea trout. There were plenty of  sheephead around all morning, and I saw a big school of pompano too. Hopefully good days are coming.