The weather has had me in port for quite some time. Mondo wind, and dashes of rain. Woe is me. Yesterday, however, there was a break. I got the Adios to the ramp and paddled out, and lo and behold, the fishing resumes!

At first things were slow. Frankly it looked like I was going to get skunked, and I almost paddled back in. But as the day worn on the bite kicked in. Caught a couple of small snook. Glad to had them on the line, believe me. Then things got better. Much better. A wicked pounding strike produced, a nice redfish on my 8-weight. Super stuff. Love those reds. They are great fish. Hard fighting, strong, powerful beasts. 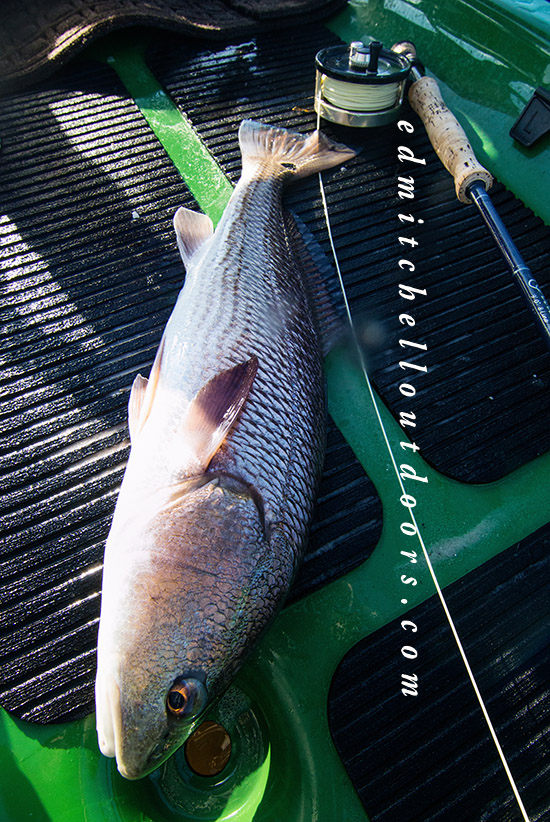 Redfish on a Fly

A couple dozen casts later, I found a bigger snook. Long although lean, snook tend to run on the thin side. It jumped several times, and yanked line off the reel. Put up a good show.

My friend Dave was fishing in the same area, and he got a redfish too.  Both reds were lighter in coloration, then the ones we caught earlier in the month. In part that indicates these latest reds have been living over sandy bottoms. It may also be a result of the water too. It has not only cooled five degrees, it has cleared considerably.

Snook on a Fly 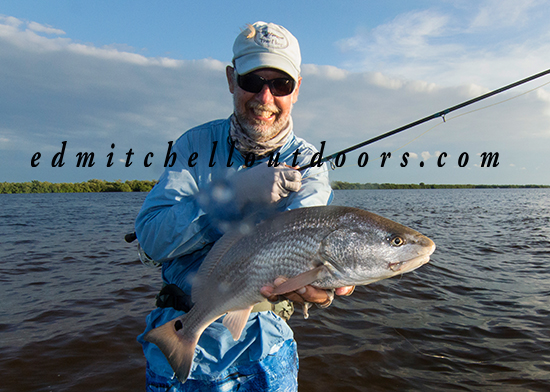 Now for the oddest hookup of the day, a mullet. Yes, I accidentally snagged it. Mullet are plankton feeders and getting them to actually take a fly in the mouth is rare. Too bad, it could provide endless action. My fly hooked the little critter under the pectoral. And it took off like a damn bonefish! Unbelievably fast, and this fish was barely over a pound. Dave had to duck under my fly line as the mullet zipped by. Its amazing how hard a mullet fights. Homer Rhode Jr. felt they were pound-for-pound one of the toughest hombres on the flats. Now I know why. He fished for them with size 16 wet flies. Maybe I should give it a try. 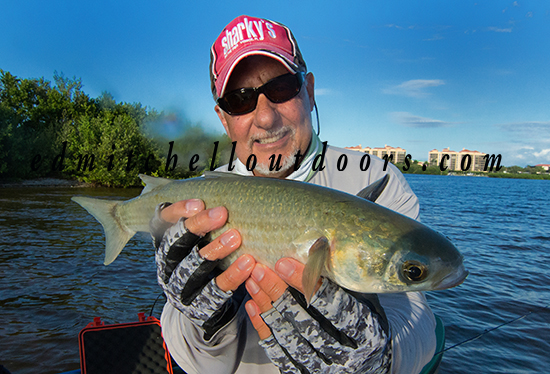